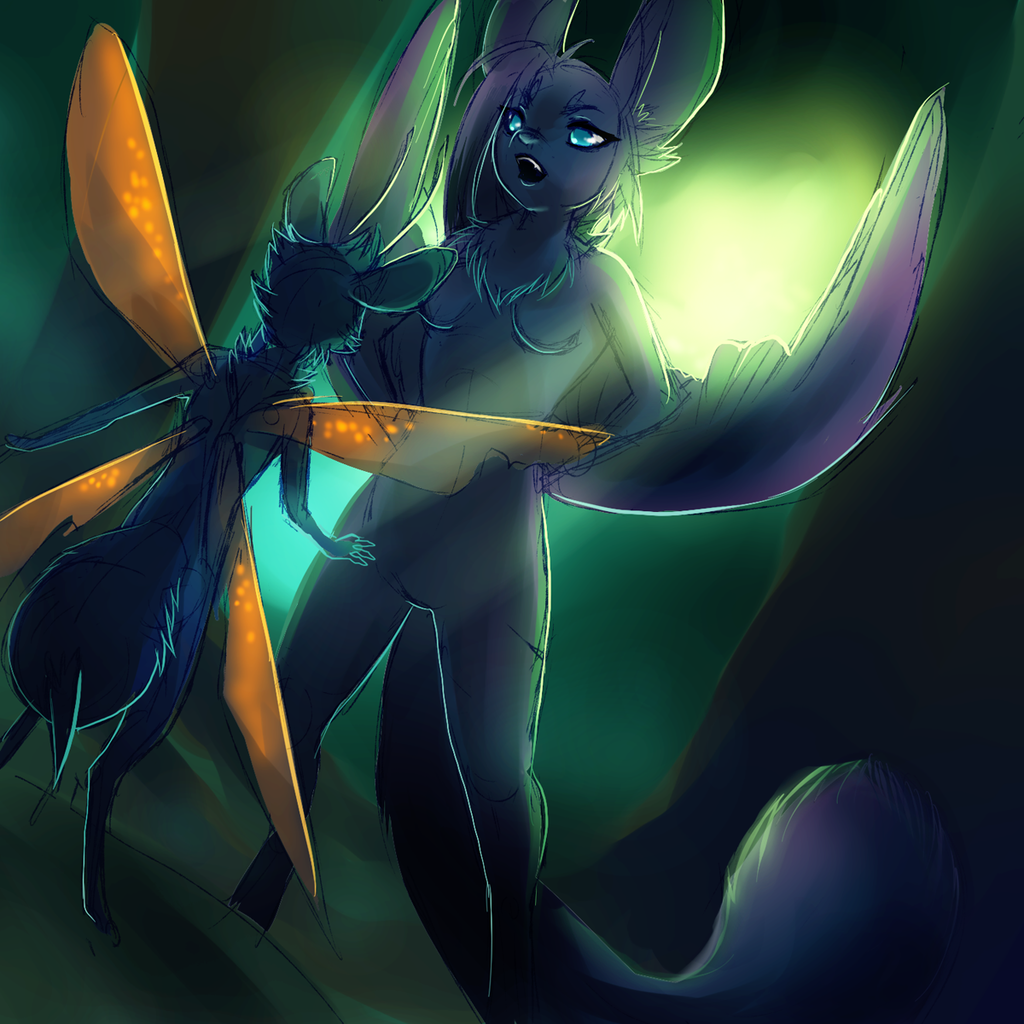 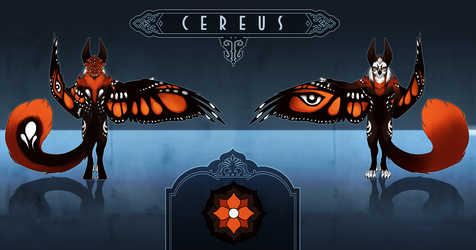 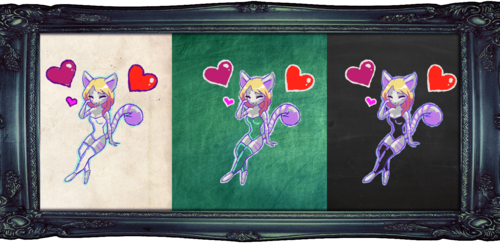 [Rough] Belladonna and the Zyxie

An attempt to quickly paint out a scene concept I had in mind featuring Belladonna, the jakarta, and one very irritable zyxie (another one of my species). The colors are just a rough idea and I didn't have enough energy to make up character markings from scratch. As I rarely dabble in backgrounds and dynamic perspective, please let me know what you think!

While gathering herbs in the forest one day Belladonna encountered a lone zyxie; likely a vagrant as they normally scout in packs. On the defensive as always, the zyxie struck at her before she had time to see him and had lodged his stinger in her leg. With a yelp she tumbled away and laid dazed. The zyxie, thinking he had paralyzed the threat, had begun to fly away but was quickly swat to the ground, and lept upon by Belladonna. Injuring his wing in the process. She got to her feet and stood over him with her hands on her hips. "That was a good try, but if you attempt that again I'll rip your wings off" she growled. Oddly enough they became friends after that, but that is a story for another day...