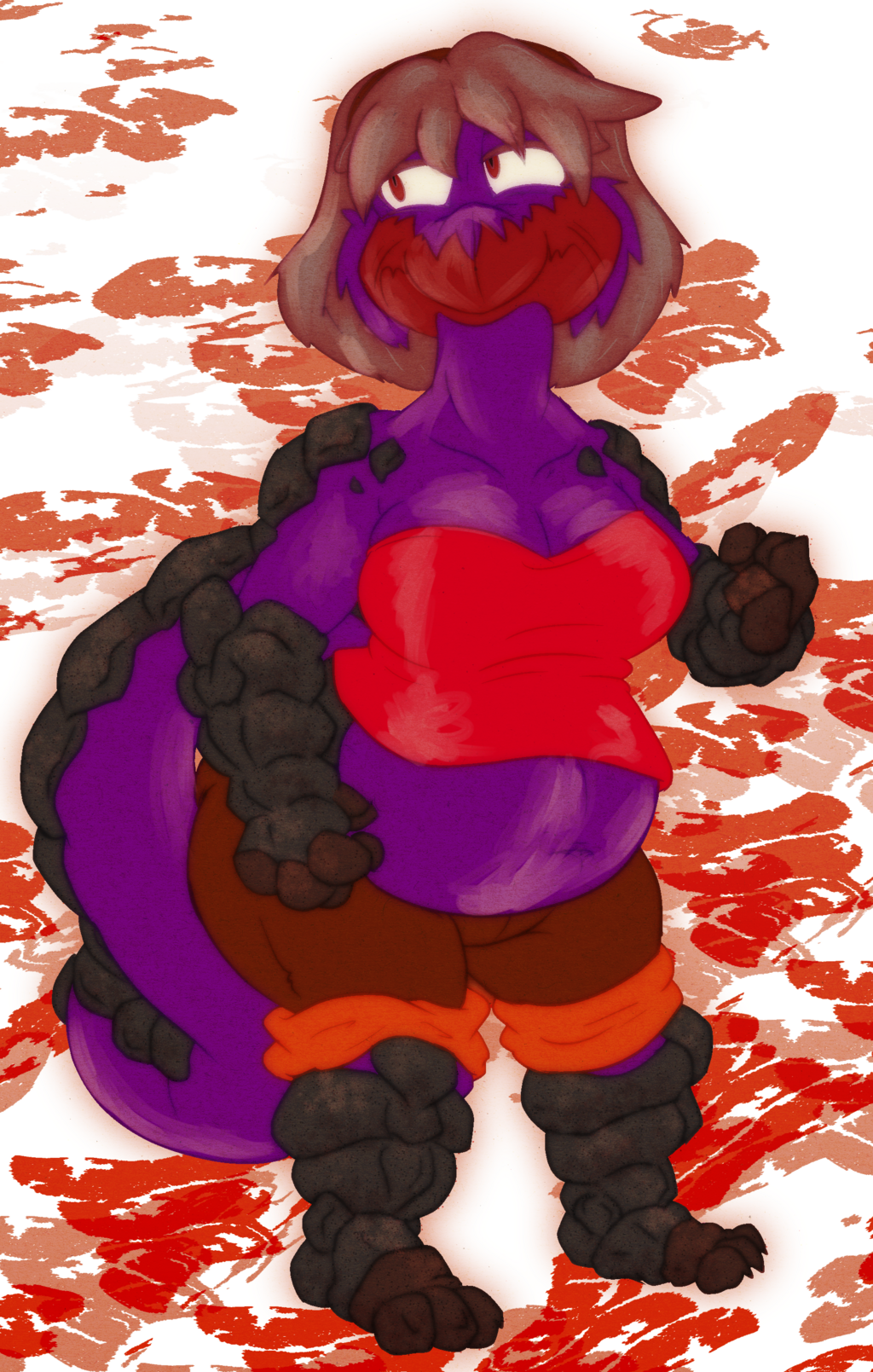 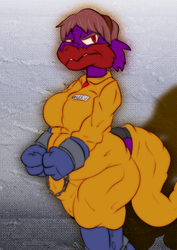 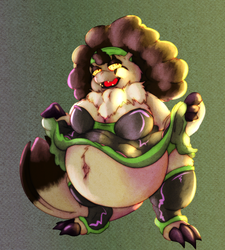 Ruby Dilla-Zigura, and a bit of lore

Ruby, commonly referred to as "The Stone Dragon", was once a regular mother with a husband and daughter. Parts of her body are covered in organic rock that acts as her skin, and she is able to control many earthen materials through these stony appendages, although initially she didn't use it for more than her own locomotion; not using her abilities would render parts of her body near-immobile.

She would, however, accidentally discover the extent of her powers when her husband died in a bank heist, causing part of the building to collapse. Seen as a freak accident, Ruby knew she had caused this. Alas, the crook escaped, and Ruby was grieving and overeating. This combination had also revealed another wrinkle in her ability: she is stronger the heavier she was.

She had to find the one who made her a widow, and started training herself, almost taking after a sumo wrestler. Regina, her daughter, wasn't there at the bank heist, nor did she know of her mother's abilities. Nor would she know of Ruby's dealings with criminals as part of her search. As she would tell Regina all was fine, and that she was coping, she was secretly getting in too deep, becoming hired muscle for some. Years passed living this double life, until she had a fateful encounter with Great Regina. Acting as a surprise stopgap to allow her employer to escape, Regina instantly recognized her mother, and Ruby was not long behind in realizing it (although her appearance had changed a bit due to the incident giving Regina her powers).

Whatever plans Ruby had fell apart, she couldn't fight her daughter. She couldn't even act, and this hesitation allowed incoming police to apprehend her without any resistance. Prison came, and she would eventually get a visit from Regina. While there was no mention of their initial reunion, Regina was nonetheless supportive and hopeful. With renewed resolve, Ruby aimed to go clean and to patch things up with her daughter.

Some years passed, and Ruby lost a good deal of weight over time. She was not without her issues, but with her powers severely limited and her weight lowering, she became more and more suceptible to various less scrupulous female prisoners. For a while she would make it through these issues, but eventually it would lead to her being framed for a prison riot, with Ruby freed of her chains and the prison West Wing partially collapsed. Obviously a means to take the heat off the real planners, Ruby knew she would be stuck in prison for the rest of her life if she was convicted, and so she, too, escaped, too fearful to really consider trying to convince anyone else she was innocent.

Her whereabouts are currently unknown.