Ask them the things that can be asked by Rippah Roo'Jizah 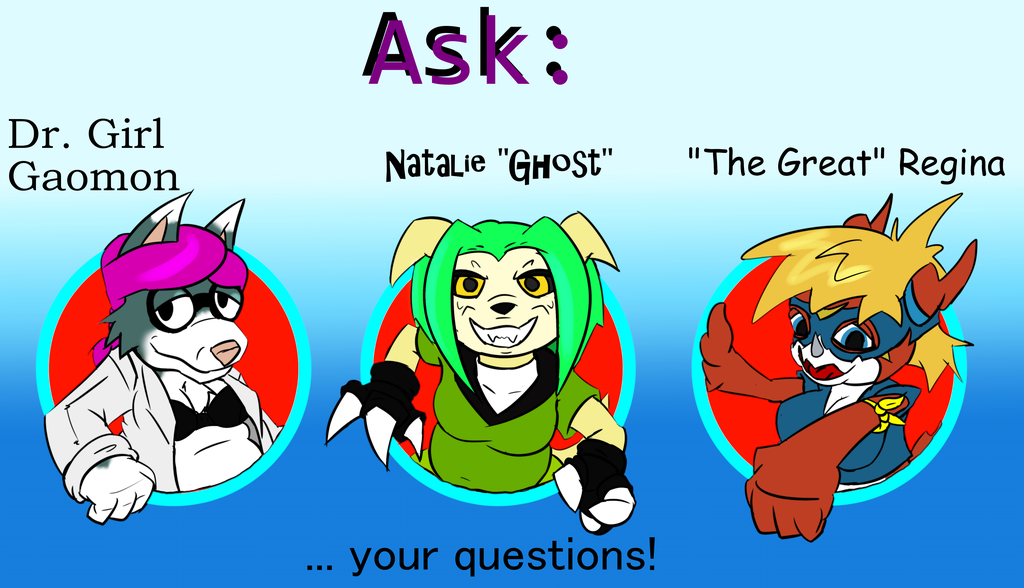 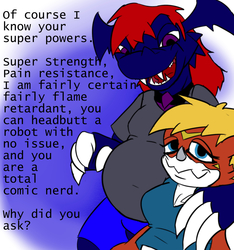 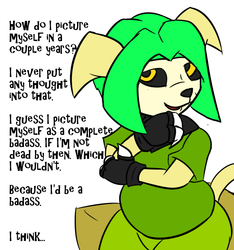 Ask them the things that can be asked

Here's info on the three of them.

Dr. Girl Gaomon: A scientist under the employ of a mad genius bent on world domination. She is the originator of this ask series and started it up in between his failures. The most morally ambiguous of the three, and generally the quietest, she is also the most familiar with the human world having scammed her way into a human university and earned a doctorates degree (so, yes, she is an actual Doctor) just so she can make her own ADHD medicine. Yes, she has ADHD.

Physically, she's the tallest and heaviest of the group. Her ADHD meds are a good chunk of where her weight came from. She also, out of some envy for human hair, created an extensive wig collection (which is why her hair changes in most pictures). And due to the meds she seems to be deadpan-ish most times. But she is not without a sense of humor. She is also by and far the smartest and oldest of the group.

Natalie aka "Ghost": Of course in the digital world (at least, in this continuity of it) there are more than one vying for world domination. One other had created its own legion of minions to aid in this. However, said digimon was defeated, and most of the minions were destroyed. Natalie was one of the few who survived. Natalie had continued on being a villain, but failures in doing that leading to her near death had caused her to just take up a mercenary job. Being a part of similar occupations at a point, "Ghost" and Girl ended up meeting and befriending each other.

Physically, she's middling of the three in terms of her weight and height. However she's the youngest and, in terms of overall ability, the strongest, able to go through solid objects or use her smoke powers for a variety of effects, along with flight and being able to possess others. This lends to her being the weirdo of the group sometimes and is an admitted voyeur. Also, by no means an idiot, she is the least knowledgeable of the group, and some things like obscure phrases or concepts can go over her head.

Regina aka "The Great Regina": Regina had a relatively normal upbringing, save for her obsession with superheroes and comics. She had a friend who shared her love but he soon moved away. She grew up outgoing and trying to be a generally good person. Eventually, she decided to be a super hero herself, fighting crime for truth, justice, and just fighting off the jerks. One of her arch enemies, however, was a scientist guilmon. He didn't have world domination in mind, he just liked being the bad guy. He was also the cousin of Girl Gaomon's boss. During a drawn out sequence involving lowing her into a vat of lava with lava sharks in it, the Guilmon noticed a familiar nervous twitch in her eye. 'Tis a small world after all, as the Guilmon was the old friend Regina had when they were young. It was this (and the Guilmon's attraction to her) that led him to give up the villain role just to be with Regina. Of course, he probably should have gone to jail but Regina had to admit.. she wanted to make an exception for the one who would become her boyfriend.

As she is a crime fighter, Regina has seen Girl a few times before, and has aided Ghost in some of her jobs as well.

Physically, she is the shortest, as well as the bustiest and the "thinnest" (although she has a noticeable paunch. She's also the most excitable and outgoing of the three and potentially the loudest. Aside from her geek level comic knowledge, she's also the best outright fighter of the group, as well the strongest, physically. Despite being friends with Girl, she still has to fight her boss. Her boss knows well enough that if he tries to take care of her, Girl might reveal his plans. As of now, though, she will not reveal her boss' plans.

I mean, it's good job security.