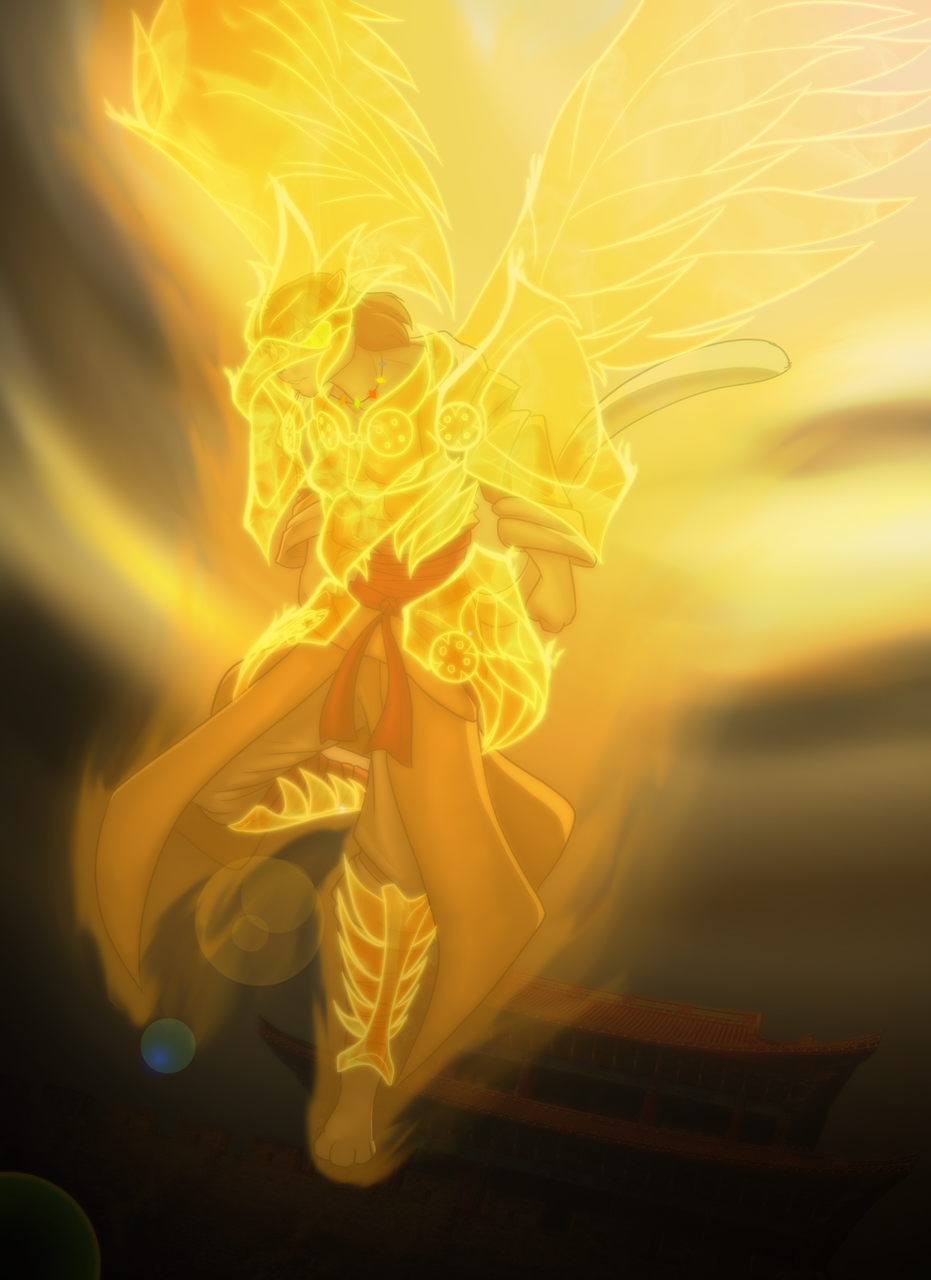 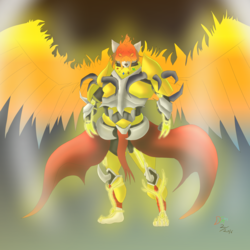 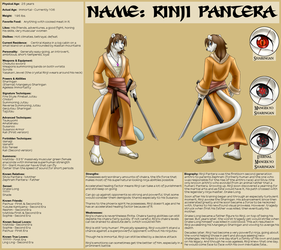 It wasn't until Toughset finished this that I realized he forgot to add in Rinji's necklace, which contains the pink crystal he always wears, since Rinji's creation. For a long time, I've wanted that crystal to serve a special purpose. Well that purpose has been realized in the form of it being one of the three sacred treasures, each with incredible power. To possess all three would make the user invincible.

One is known as the Sword of Totsuka, or the Totsuka Blade. Unlike a regular sword, the so-called blade of the sword is like a fiery liquid within a sake jar that can shape itself when brought out. This blade is enchanted and can seal anything it pierces, drawing the victim into the jar into a world of drunken dreams for all eternity, never to emerge again.

The second is known as the Yata Mirror, an ethereal shield that is absolutely impenetrable. It is endowed with all five elemental natures, allowing it to alter its characteristics to negate any form of opposition. Any known attacks, whether physical, ninjutsu, or genjutsu are all repelled by this shield.

And then there's the Yasakani Jewel, which Rinji specifically possesses. He who possesses this jewel and is able to tap into its power becomes able to use not only all five basic elements, but also any combination of elements as well, including elemental kekkei kenkai, kekkei tota, yin, yang, and yin-yang chakra, depending on the user's knowledge and experience.

During the early uses of this jewel, the additional chakra demands from it were such that it reduced Rinji's time with Susanoo to only a handful of minutes. Over time, he learns to harness it better and increase his time more, though still not to the level of time with using Susanoo alone.

Between Susanoo and the active Yasakani Jewel, this is Rinji at his most powerful. He does NOT mess around when using this!

In light of the picture already being done; I decided to just shoehorn in the active Yasakani Jewel myself with a little experimenting. I got a couple opinions and they say it looks good. I also added a glow to the visible phoenix eye over Rinji's face, but still leaving just enough opacity to see Rinji's own eyes. Hope you like!