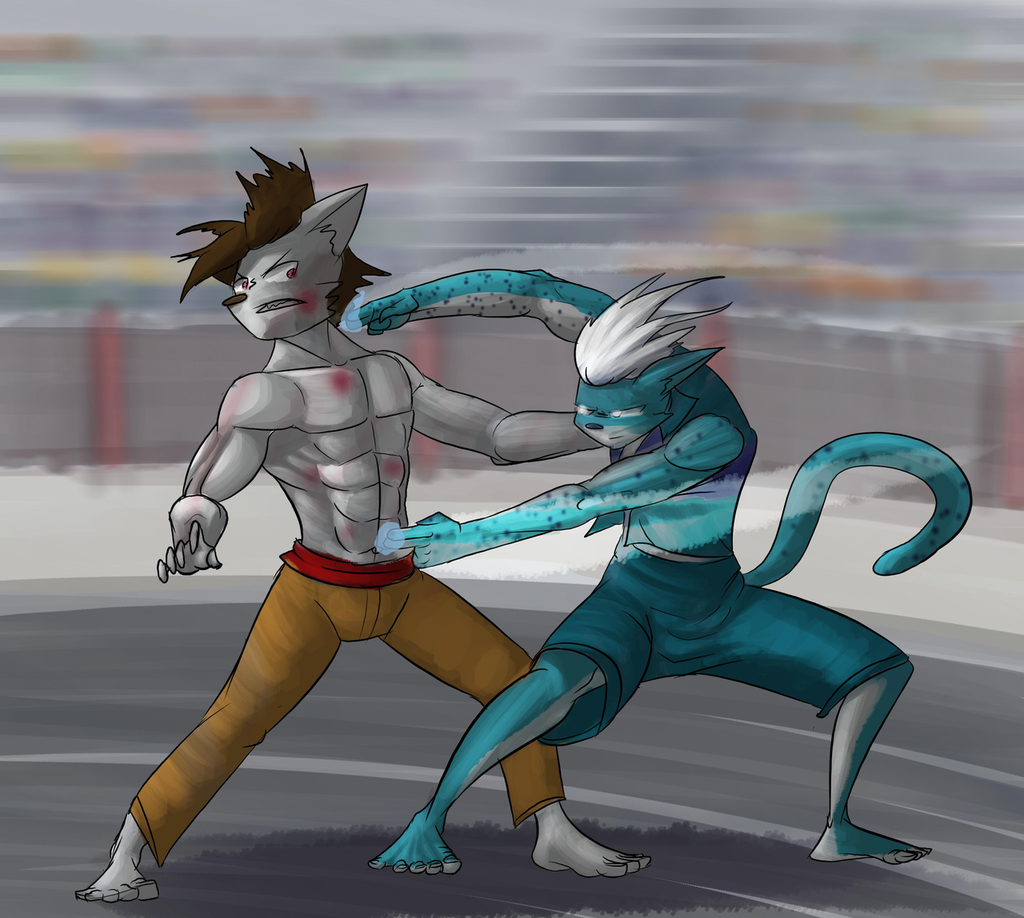 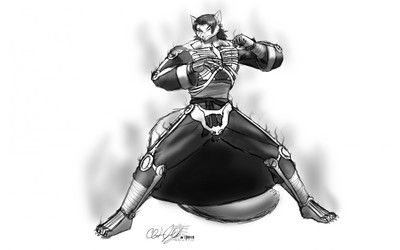 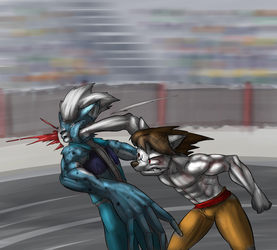 This is one of two graciously drawn cover pictures based off the next saga in the continuing story series, the current one in progress being The Yusuke Saga. I actually have The Tournament Saga posted on my alt account. But I've since decided to just resume posting stories here with everything else instead. I rarely even log in to the other account anyway and it's proving too much of a hassle.

To see the stories in the timeline already posted, both on my page and on pyrohawk's page, then click to my Profile (front page) and look for Timeline Chronology. It lists all the stories in mine and Pyrohawk's connected universe timeline, though there are some stories currently missing in between. Rest assured it'll fill out though.

If any of you have been reading The Yusuke Saga as well as having read The Blackfang Saga, you'll know that as of the former, Rinji is in a coma from his experiences at the end of The Blackfang Saga. These pictures kinda spoil (though would anyone really be surprised by this?) the 'surprise' that he does eventually wake up from that coma and eventually and officially meets Yusuke, even though they had been literally in the same mansion together, unaware of each other's presence.

In short, The Tournament Saga takes place after The Yusuke Saga and it more or less builds up to and features Rinji Pantera vs Yusuke Kamiyama, ninja vs ninja. At least once I'm done with the current arc, I can simply touch up The Tournament Saga and post the chapters a lot faster.

So having said all that, let me get briefly into what's happening in this picture. As you can tell, both of them have made it to the finals and it's now down to one of them winning this fight and coming out as the world champion. They're about evenly matched and both have already taken lots of bumps and bruises along the way.

Here shows Yusuke connecting with one of his signature techniques, the Eight Trigrams: Sixty Four Palms. Since Yusuke has the Byakugan, he would naturally be skilled in that technique. This shows him landing the first two hits in the sequence, followed by another two hits making four, another four hits making eight, another eight...well, you get the idea. Suffice to say, this technique cripples Rinji's chakra network and makes it really hard for him to move afterward. Typically, this technique is a game-ender due to how much it incapacitates the opponent. But Rinji still has 297 working chakra points, and he doesn't quit easily by a long shot. So the fight isn't over.

As mentioned, this is one of two cover pictures (speed paints) done by the awesome mimic12455. Thank you very much for this!

Slight Tweaks by Me
Yusuke Kamiyama by

PS: To Pyro, you wondered why I did that basketball story? This is why! Surprise! XD

I did that story in return for this, so it was essentially a trade. I plan to do another story for the other pic I'm about to post.