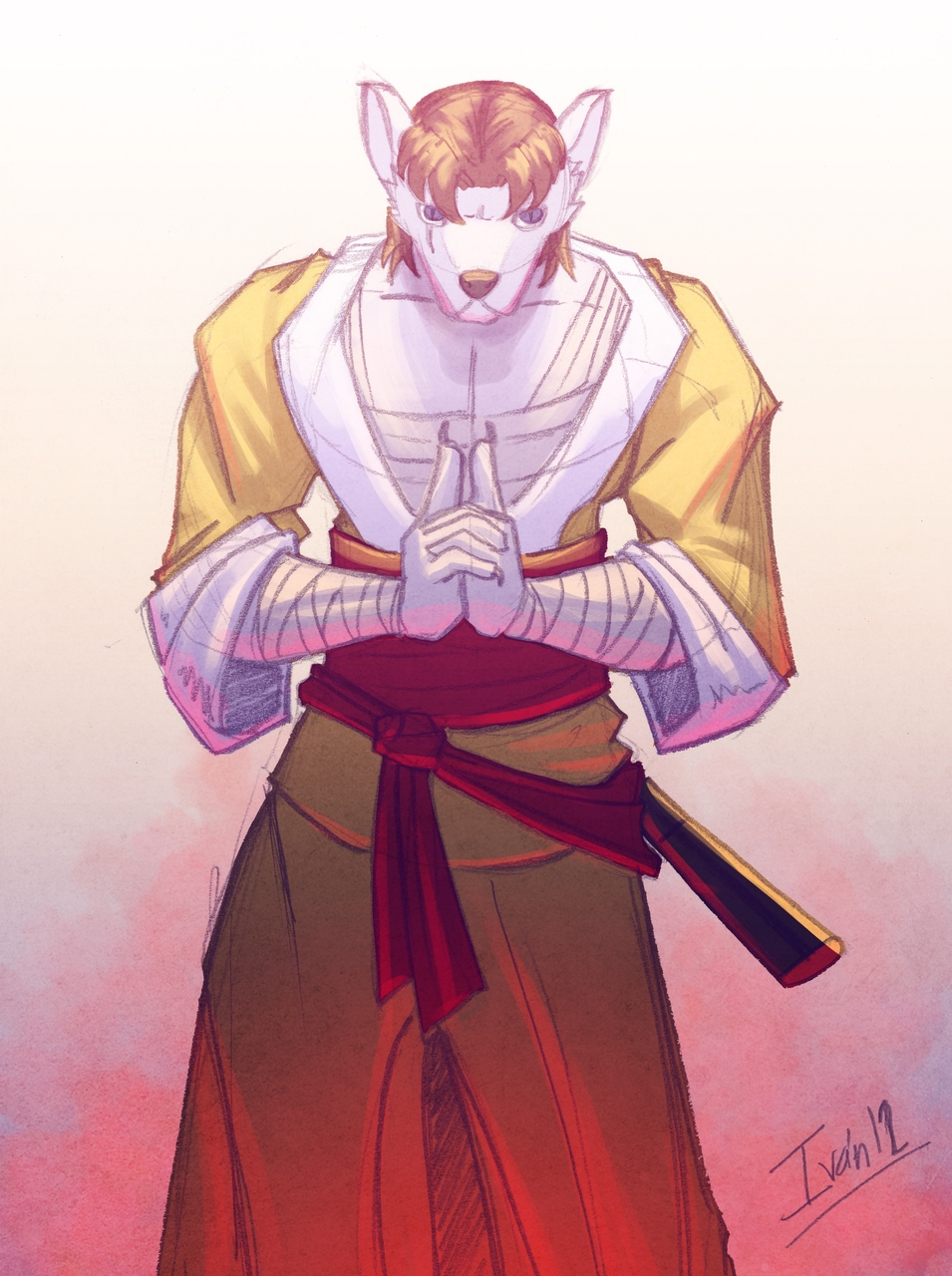 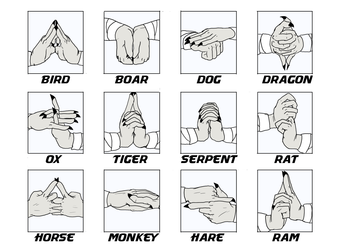 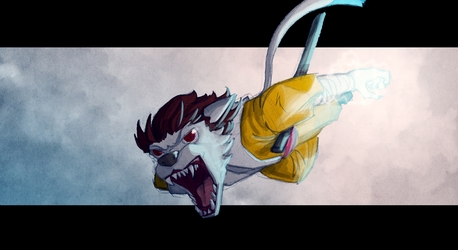 I wanted to go back and have Rinji given a fresh new look to reflect his more advanced years following the awakening of his Mangekyo Sharingan. Because he's immortal, that wouldn't obviously be apparent from looking at him.

So I finally envisioned the perfect look for him that helps better set him apart from the Narutoverse. And Ivanev pulled it off splendidly!

This is what Rinji typically looks like some time after awakening his Mangekyo Sharingan. Despite how loose his garb is, Rinji can move around quite fluidly in it. Those wrappings around his wrist and forearms are another addition to his updated appearance. His sword is held in place by the band around his waist and remains his primary physical weapon.

Expect to see a lot more of Rinji in the coming weeks as new details are revealed as well as new stories.

Many thanks to Ivanev for nailing what I had in mind!