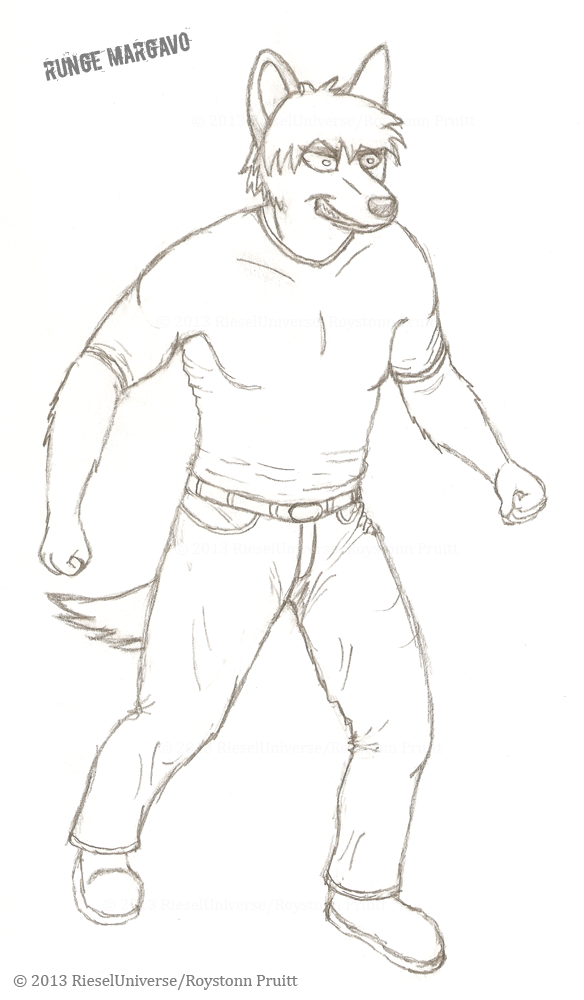 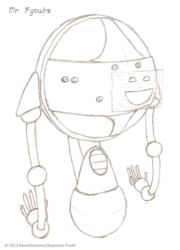 This is Runge Margavo, one of the two main characters of my sci-fi e-book series Riesel Tales: Two Hunters. He is a Sirukti (alien dingo folk), originally from planet Ahjri (EYE-ree), and works alongside fellow bounty hunter Ramy Dusotes on the run-down ecumenopolis of Riesel.

He's rather self-centered, egotistical, wise-cracking and rude, but he's good at his profession regardless. He and Ramy are often at odds with one another, with him usually triggering the latter's intolerance for stupidity, but they still manage to get along.