A Cutthroat's Paradise by RieselUniverse 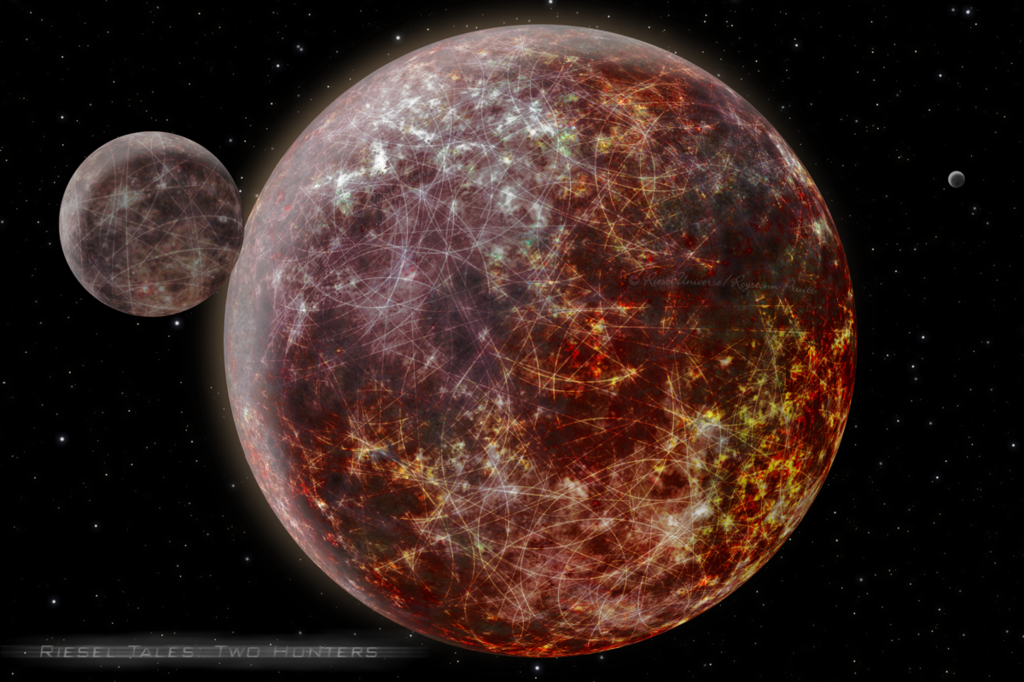 Riesel (RAI-zuhl) is a planet of twelve trillion people. Covered with rusting cityscape, Riesel's glory days are long gone, replaced with crime and neglect. What appear to be dark seas on the night side are vast swaths of ruined urbanization thousands of miles across, abandoned to the elements for many centuries. The brightest areas are inhabited by aristocrats, mob bosses, businessmen, and other people who managed to escape the decay of the rest of the planet.

Extensive information about this planet can be found here: http://rieseluniverse.wikia.com/wiki/Riesel

This is the setting of my book series, Riesel Tales: Two Hunters.

Info can be found on my site: http://rieseluniverse.com