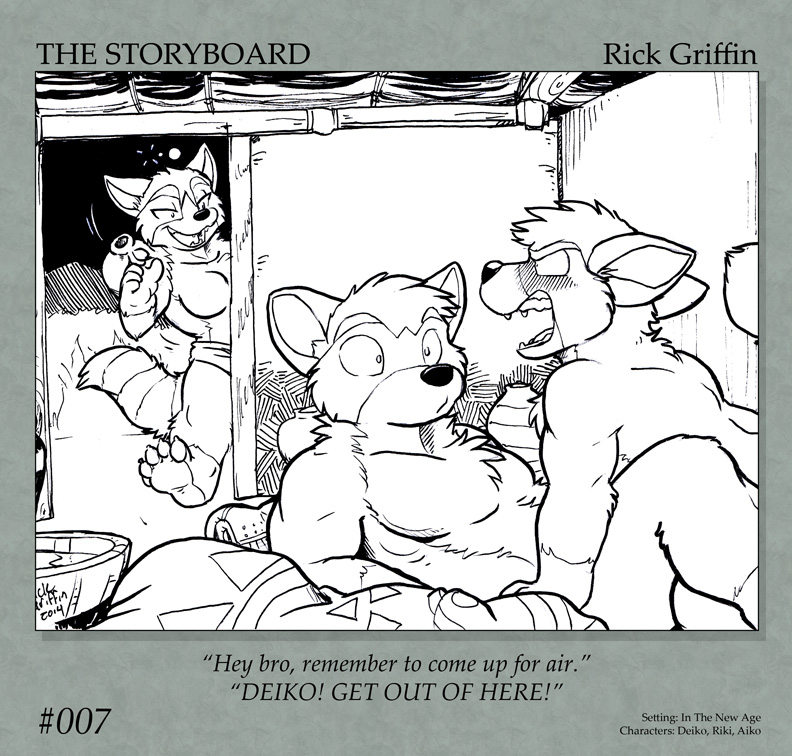 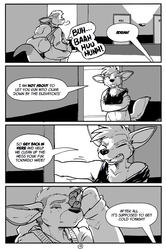 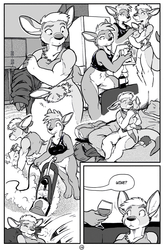 There’s been a few aspects of INA that I’ve been developing little by little which might just seem obtuse to most people since I haven’t written about it much. There is the matter of trustbonding (which I hope to have explained in a short story sometime) and matebonding, which are one of the cornerstones on which characters in the INA setting interact with one another. The basic concept is: once someone is matebonded with another, they’re internally prompted to remain monogamous. (With some caveats, but that’s not important right now)

In Riki’s tribe, homosexual relationships are expected for young males and females up until they end up with a matebond of the opposite sex (unless, of course, that’s not for them, in which case they end up settling down with the same sex). In this particular case, Riki’s been of-age to be matebonded, but he’s been holding out for the love of his life, Kiti, for a very long time. His hunter Deiko still flirts with him nonetheless, hoping he’ll give up his pointless pining … and she’s likewise annoyed that he can be as intimate as he likes with her younger brother, Aiko.

The rivalry isn’t bitter or anything—they’re all trustbonded and would not intentionally harm one another. But she still teases them about it when it’s late and she’s had too much to drink.

--This is also basically dipping my toes into a few more adult situations in my stories. I find the candid aspect of sexuality to be underutilized and think it could add a lot of flavor to stories beyond just rubbing some parts together. I talk about it a little here http://alabastermenagerie.tumblr.com/post/98093077585/1-i-dont-even-know-where-to-begin-talking-about