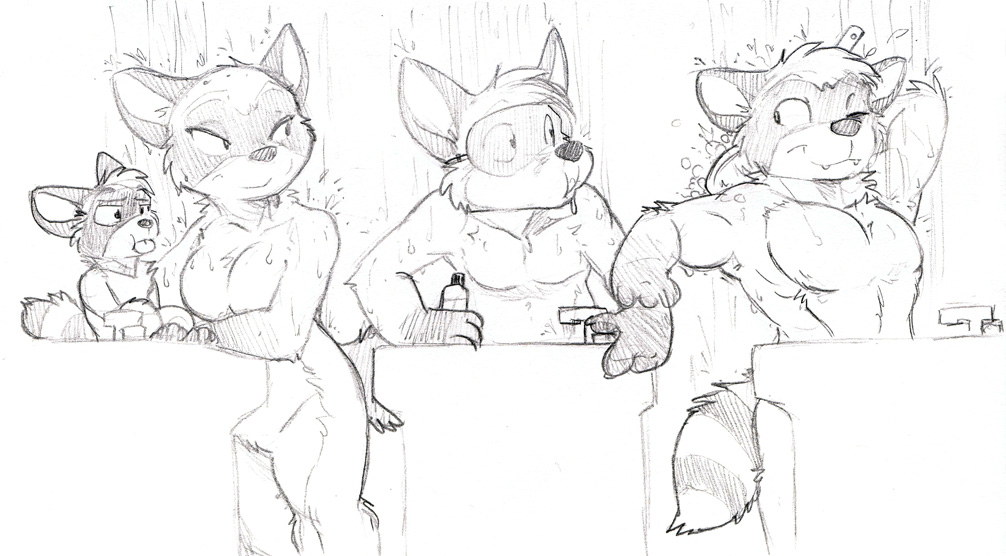 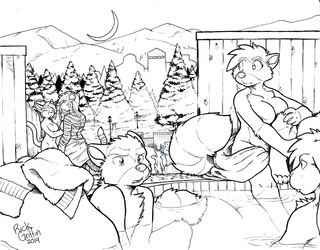 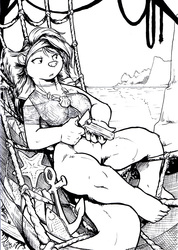 Original is INA Shower Time was drawn waaaay back in 2006, with character. Riki, Oda, Kiti and Triko. New sketch on top has them reversed.

I mainly did this because the “new” INA style I’ve developed over the old one is basically a compromise, because I still wanted a buff Riki and a busty Kiti as these were just things that made those characters who they were.

One of the things I notice about my art progression is that I haven’t necessarily been trending toward more anatomical correctness, but just better shapes and conservation of space (especially noting I learned how to actually convey “raccoon” faces far better several years after the original), posture and expression overall. I suppose that comes with being a cartoonist and not a fine artist.