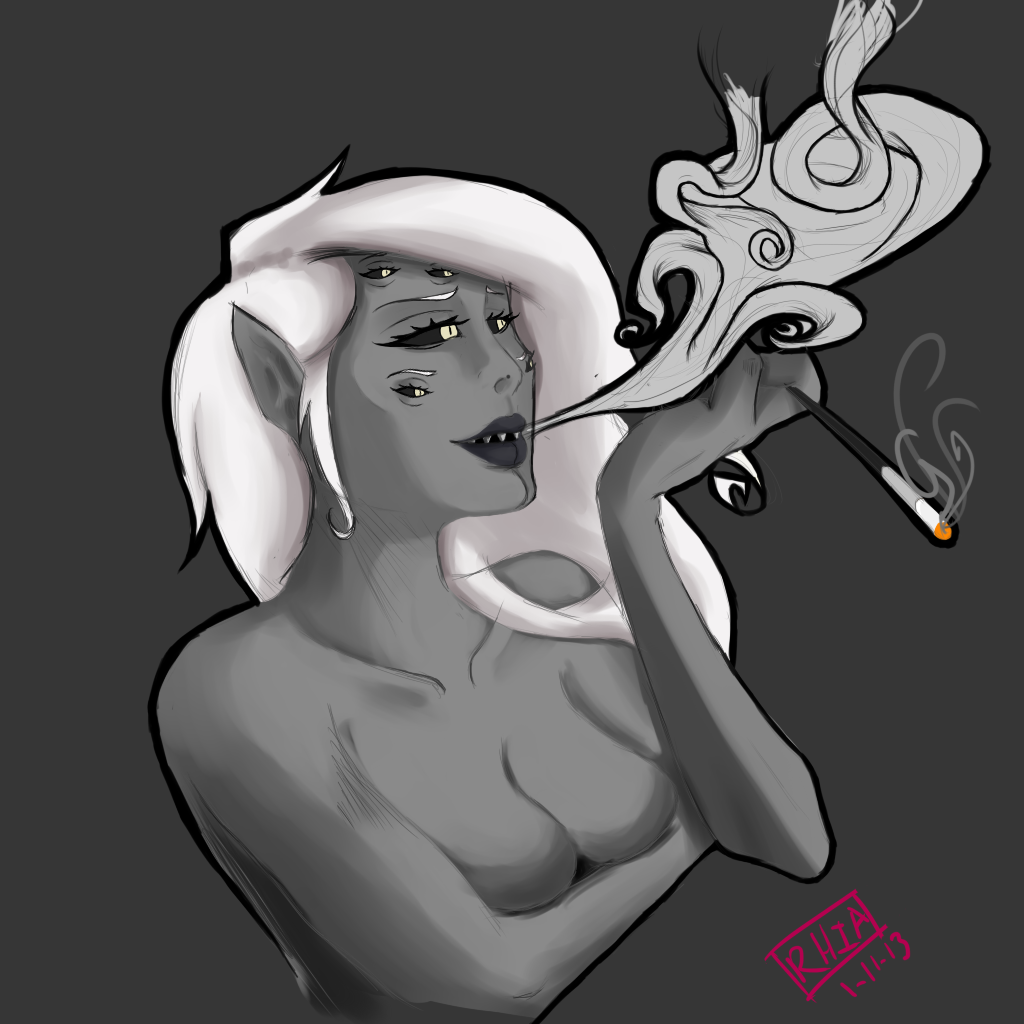 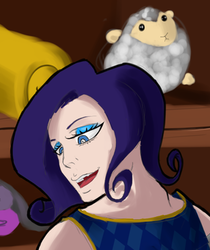 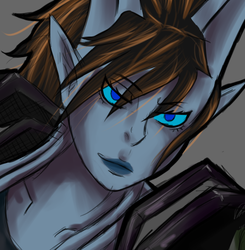 "Usstan is prettiest drider on whole island. . . sssssiyooo. . ." She half lids her eyes pleasantly through opiate serenity.

This is my character's sister, Xeas, who is owned by a close friend of mine.

That line down her chin only a fixture -- her face actually opens up like a predator and it's totally rad. Though the drider-Xeas was retconned, my friend did appropriate the drider aspect into a new character whose name I always forget.

The smoke looks alright, but I drew so many lines that I got lost in inking. Instead of looking like smoke, the upper portion is like little tornadoes, haha.