Tails and Tactics: Preview of: Clever Use of Camo by Reynard 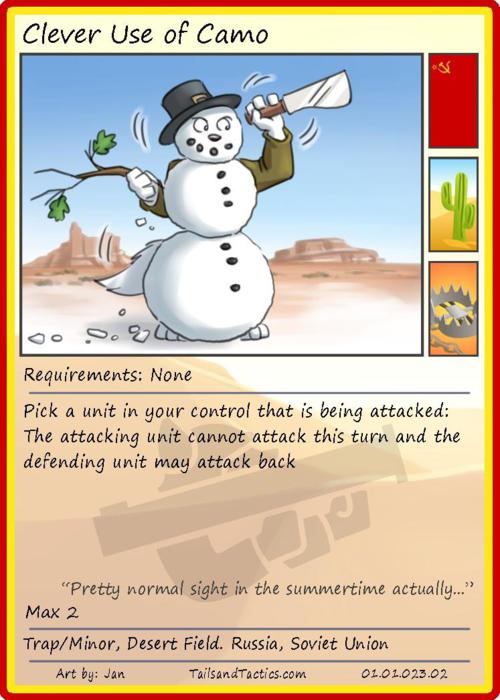 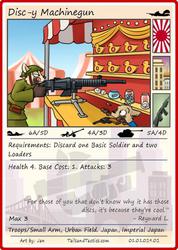 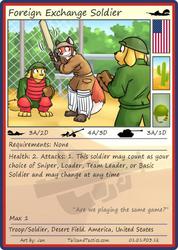 Tails and Tactics: Preview of: Clever Use of Camo

We're at FC! We'll be there the whole time! We're gonna do a game demonstration at some point and we'll announce it over Twitter! Follow us @TailsandTactics to be informed when!

Throughout history, Camouflage has proven to be quite useful. Sometimes, you have to hide in a way that they won't expect you! Thus, it's more about the Clever Use of Camo rather than the use in general. Anyways! This unit not only allows you to stop a unit from attacking, but it allows whatever it was attacking to return the favor!

This card is from Test Version 12 and will vary from the newest draft (Test Version 13). It'll look similar in the final draft, just not exactly the same.