Tails and Tactics: Preview of: Scoped Rifle by Reynard 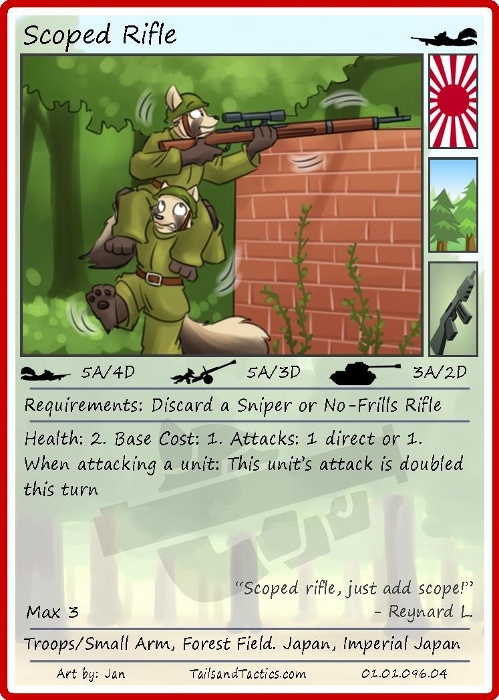 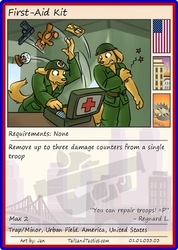 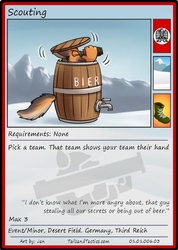 It is often thought that rifles that only fire one bullet are useless. This, however, is not the case, especially when that one bullet is carefully aimed. The Scoped Rifle is just like a regular rifle but it has a scope! This scope allows your unit to fire a direct attack, which means if it attacks a unit, that unit cannot dodge the attack... or... you can ignore the units on the field and fire directly on a player's base!

Direct attacks are very special things that very few weapons have, in this case, only scoped rifles have them. There will be more available in Series 2, but for now, only the Japanese and German decks have a Scoped Rifle.