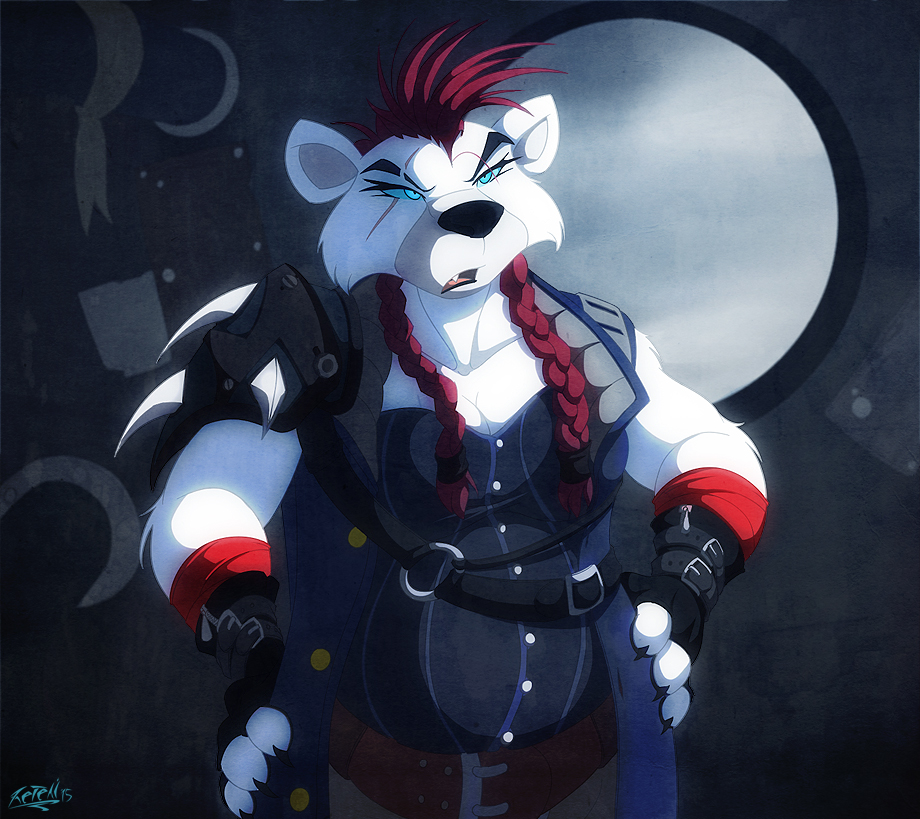 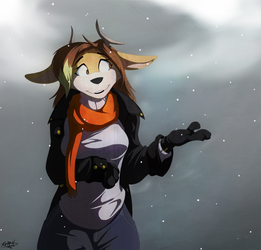 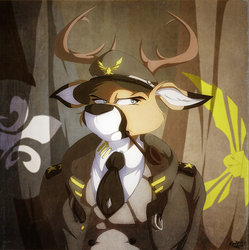 For years, the Sverg Air Pirates have been a plague on Anitorian supply lines, and civilians alike. Nothing is spared once the Sverg swoop in like the locusts they are, ransacking everything in sight for their own benefit, and amusement. Tyris herself leads the force of bandits under a loose, but well disciplined command. Her demeanor is not that of a tyrannical leader, but a hearty warrior, as she drinks, brawls, and pillages alongside her brothers and sisters.

However in the face of her enemies, she's as cold as the frozen skies of Valdeheim, the icy wasteland she hails from. She won't hesitate to decapitate anyone who aims a weapon in her direction.

She has a stern stance against murdering civilians though, as that just means less people to loot from in the future.

I need to start drawing the other characters in my stories lore, it's been put off long enough haha. Always wanted to draw a bear chick too! Here's one of the antagonists who are introduced early on. Can't have a retro-noir world without air pirates.