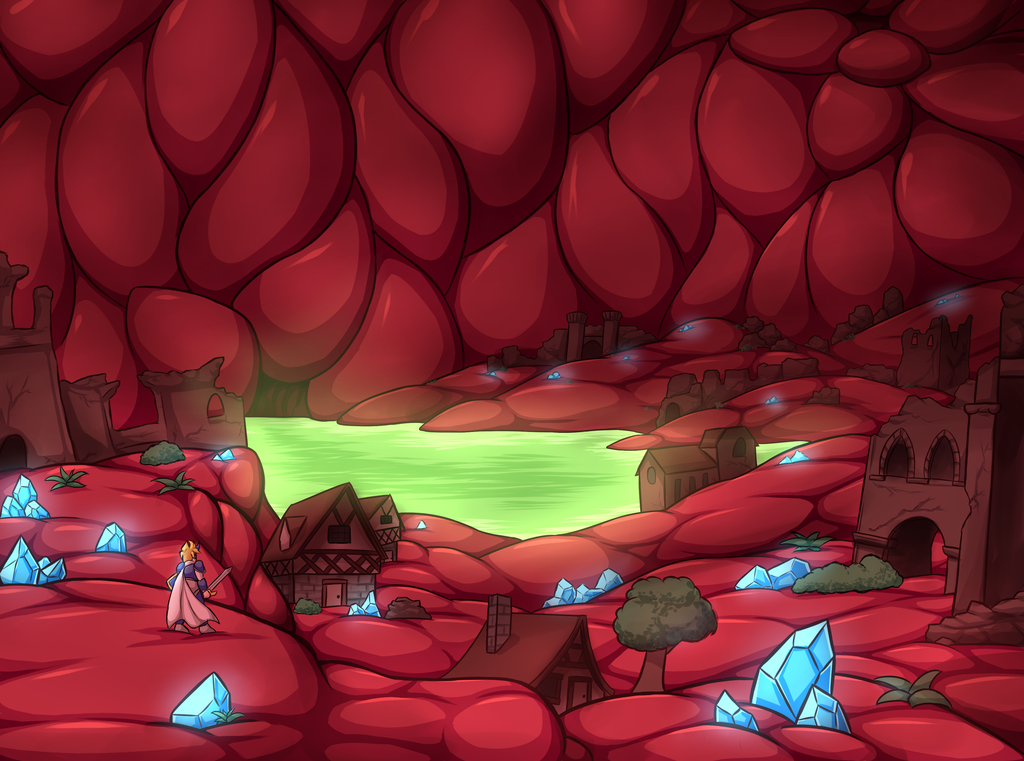 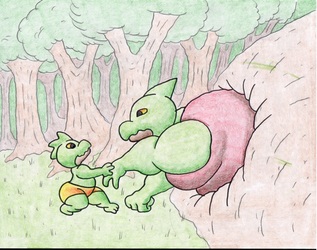 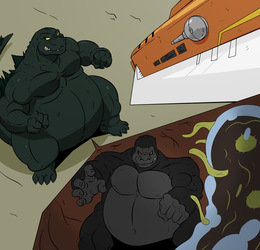 Before Apenanti and Griseo became friends, but after their first encounter, they remained technically "enemies" but began to secretly respect each other and ponder about each other's world.

Then one day, something happened to Apenanti and Griseo that forced them to help each other out, one from external problems and the other from within.

This is one of the many scenarios that Griseo was in while in Apenanti's belly.

Art by allisherf on DA