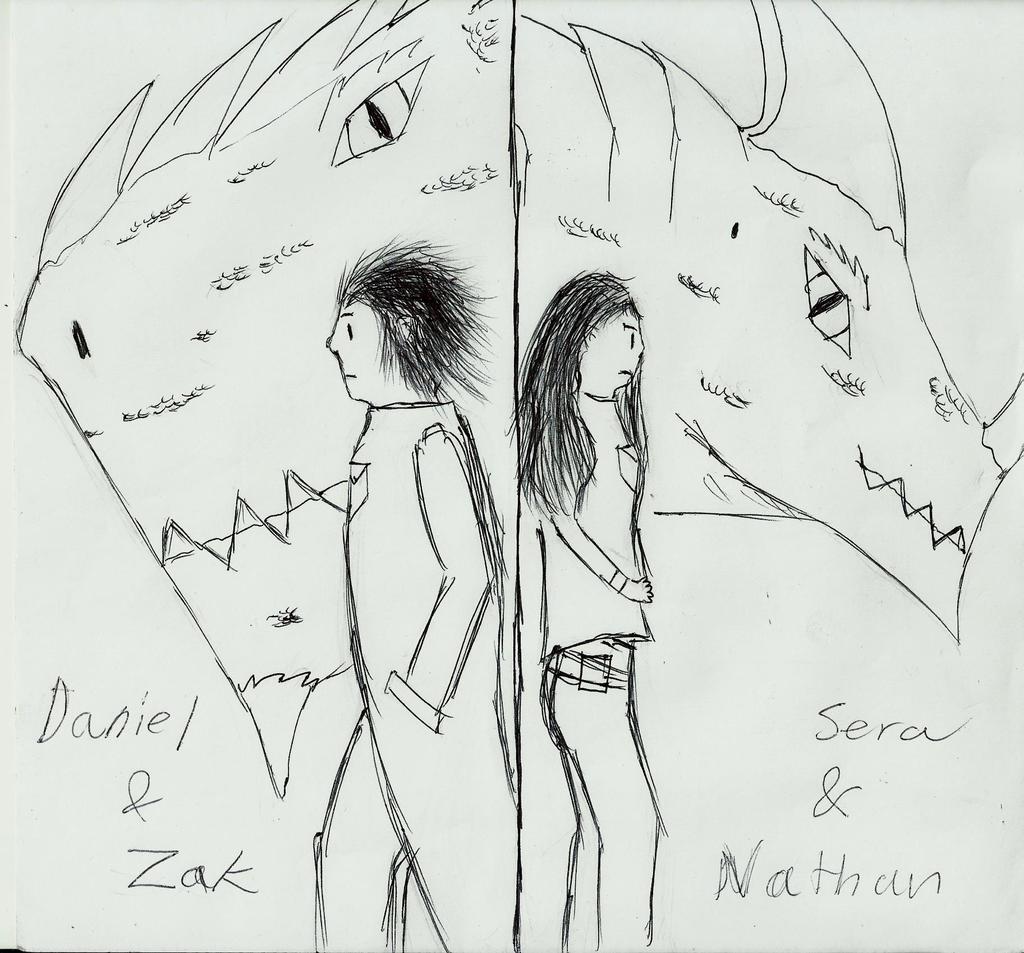 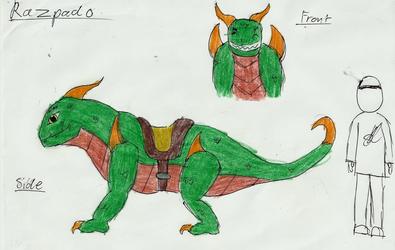 These characters are part of a story/art project that I'm working on personally, and even though they're both still in development, I'm hoping to finish both of them at the same time (or close to one another).

The big kaiju monster and the teenager boy are going to be the main characters of my sci-fi story, with their names now finalized as Daniel (the boy) and Zak (the kaiju), but the design hasn't finish yet. All I can say about them is that they're very close to the point they call each other "brothers", and that they will travel/fight together to resolve a worldwide issue that has plagued the earth for years.

As for the right, it's just the other main characters of my fantasy story, with the girl named Sera and the dragon named Nathan. Both are still undergoing more changes in design and background, but they're similar to what my sci-fi story is about. The story goes for now that they both stumbled upon each other by accident and they now have to evade people who want them dead, while trying to maintain their existence secret and discover something important before the world is thrown into another world war.

Hopefully, more art for each series will come soon, but for now, I have to continue working on more design and background