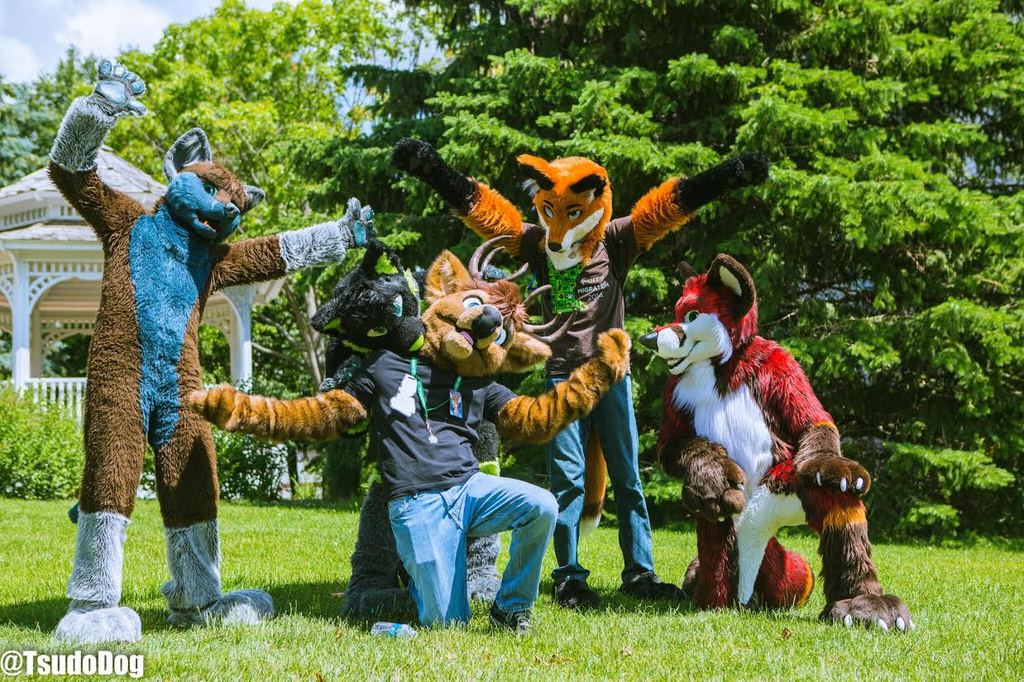 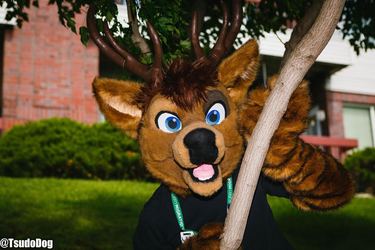 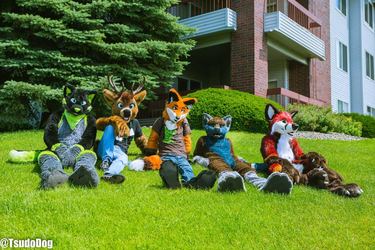 While doing some random poses during a fursuit romp last weekend, Auron the Wolf decided to take a bite out of me (probably because he thought I looked cute enough in which he could eat me up, though I thought he meant it figuratively). Immediately after this, I proceeded to recreate the well-known "Blood, blood, blood! And...death" scene done by Judy Hopps in Disney's "Zootopia" before flopping myself to the ground. XD

The other fursuiters in this pic are Razluz, Auron the Wolf, Angus Cormac, and Raevos