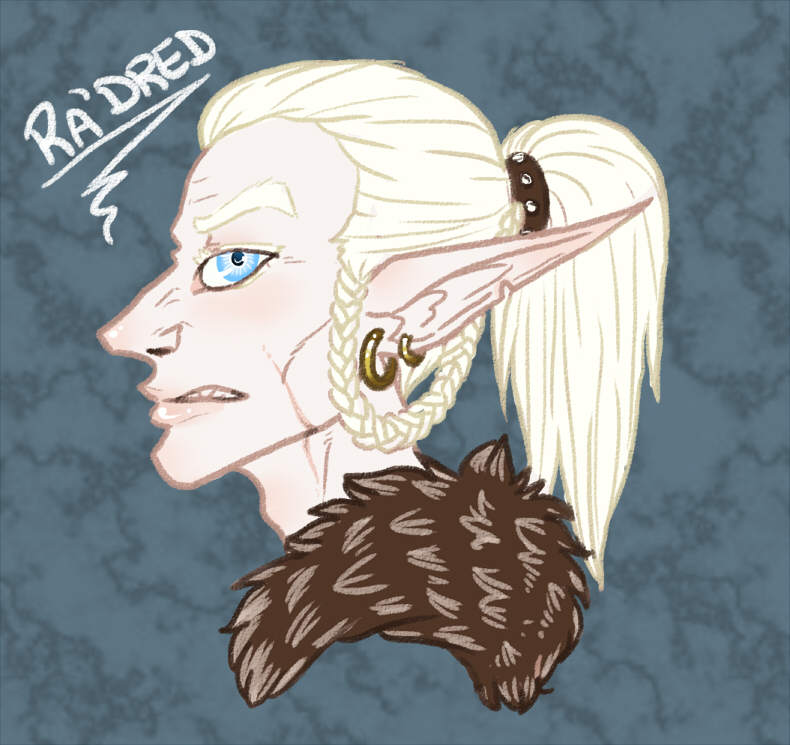 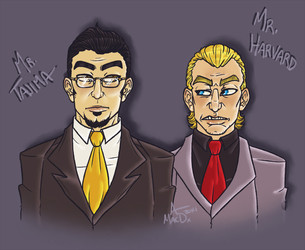 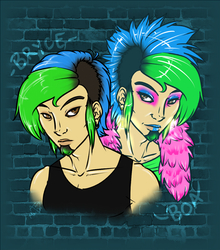 Another character doodle...this time of my snow elf captain, Ra'Dred. He's somewhat of a military captain. He's also a raging asshole and very self centered.

My snow elf characters are not based off of any existing snow elves, though they may bear a resemblance. They are not in the WoW universe, nor Tolkein's or anything. Just generic snow elves for an RP.

Tried to use colorized lines to express just how pale this mo'fo is.