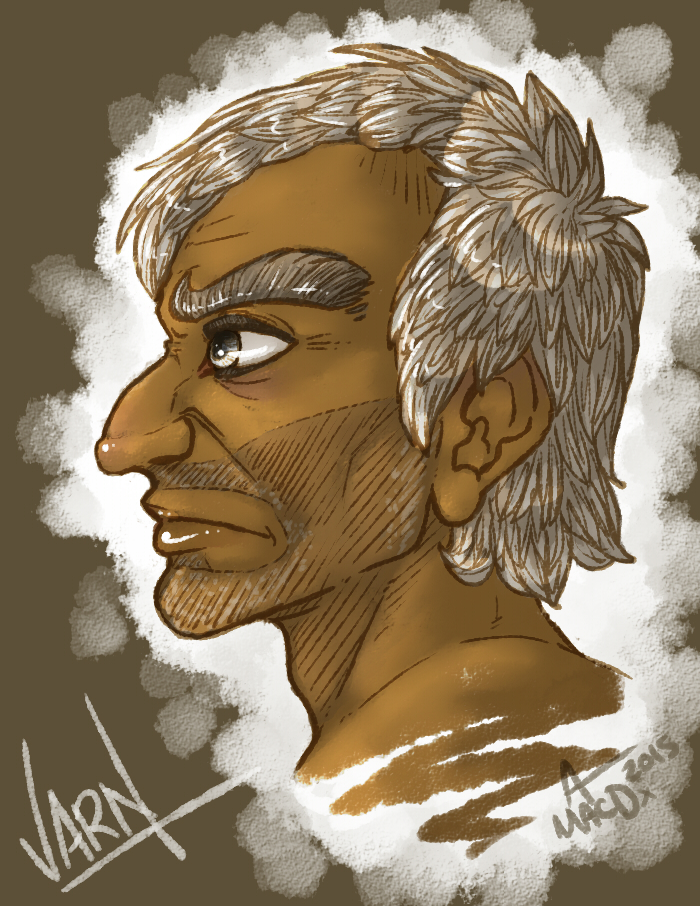 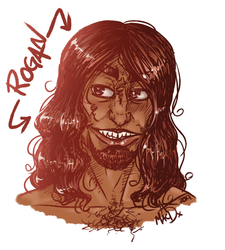 Another character of mine. Grumpy, old Varn. He's a trafficker of humanoid merchandise (aka he kidnaps sentient beings and sells them into labor or sex trade) in a fantasy-type world. So there's orcs, elves, gnomes, dwarves, fairies/pixies, centaurs etc... He doesn't sell humans. He has too much human pride! He cares only for himself and will do anything to benefit his work and his life.

His obsession with revenge got most of his men killed while he pursued a target that had escaped and the surviving member of his party left his side. He was nearly killed by a snow elf army captain and taken in by friendly orcs. His hatred for other beings might just be tested!

Varn belongs to me.