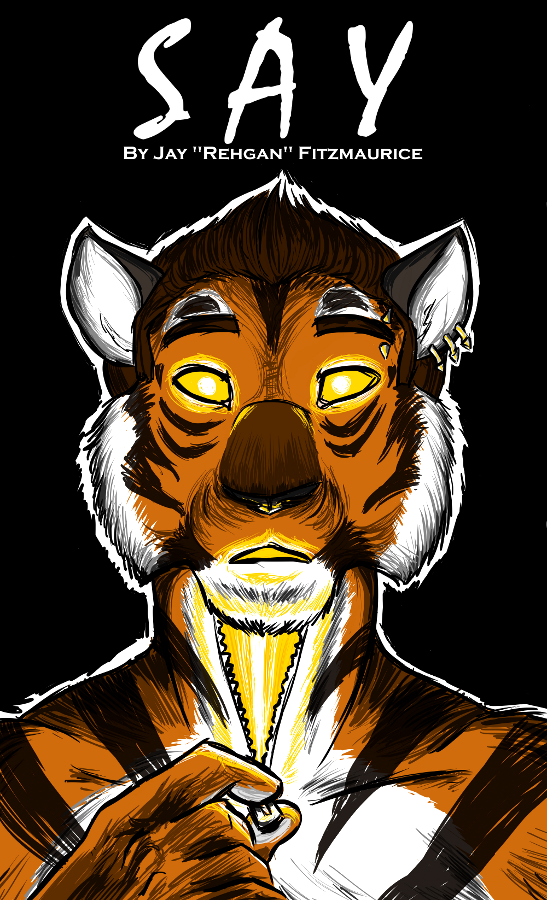 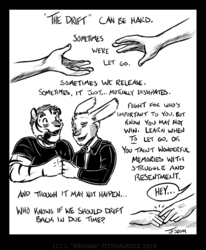 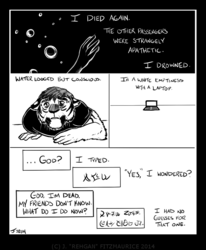 SAY is the graphic novel I had originally intended to write. Like 365, it's a slice-of-life/stream-of-consciousness story, though it follows a more consistently thoughtful theme and is even more autobiographical, lacking the more "random" pages (such as Pokemon, bananas, alligators fishing, etc). It would instead be a slightly more serious piece with the purpose of pulling no punches. It would also have been a black and white project, though not a daily one - it was an endeavor meant to be given considerably more time and care.

I couldn't quite give it that like I wanted, and while I hope that changes one day, I've hit the point where the cover would need to be redrawn and rendered, so I'd like to share what almost-was-but-not-quite.

Quite a few sentiments and pages in 365 were slated for SAY, so if I get a chance to tackle this project like I want to down the line, somethings may be familiar!

"Say what you need to say."

Self and Art © J. "Rehgan" Fitzmaurice