The Many Lives of Leo Davis : Prologue by RedLeFrench

'Oy, you ! Whadd'ya think of the declining quality of the oysters coming from the Bassin d'Arcachon ?'

The man came closer, and asked the same question, in a more insisting tone “Whaddya think of the declining quality of the oysters coming from the Bassin d'Arcachon ?”

Aside from his particularly confusing question, Leo couldn't make out who this correctly dressed man was supposed to be. Was he doing a survey ? Was it some sort of prank ? Or just a raving madman that couldn't get over his bad New Year's Eve dinner ?

Besides, his question didn't leave any room for a correct answer. Might as well give him what he wants to hear and hope he'll leave me be. 'It's... Declining ?'

The man smiled 'Eeeexactly ! I knew someone would agree ! You can 't imagine how much I thought...'

Gods... Dammit ! Of all the people that were roaming rue Sainte-Catherine, he had to choose to talk to him. Besides, his question was absolute nonsense ! Leo thought about his magical earphones and MP3 player that he forgot to take with him before leaving home. They had the ability of making people think he wasn't accessible and thus they would usually ignore him. And even if it's battery was out cold, he could've taken it just to maintain the illusion and at least shelter his ears from the January cold...

And this man wasn't ready to leave him be ! For five minutes he's been talking about oysters and the death of society – how did he manage to go off on this tangent, Leo didn't know, he was listening on an on and off basis – and he was currently talking politics... Leo considered the possibility that someone somewhere reaaally wanted to get revenge on him for living this long. Thinking of that, is there some... Thing or one supervising every living form on this planet ? Might as well think about that since it seems he was to be stuck with this bloke for quite some time.

As a matter of fact, Leo had been thinking about this for quite some time. For a least a year. He had an undescribable streak of luck for the entierety of his life. He knew it wasn't normal, as if someone had been watching over him and didn't let him die. He noticed this first when he nearly fell from a set of stairs at home : his arm automatically found the rail and he managed to maintain himself, as if his whole body knew what had happened and he had fell in some other life. Of course, he told his parents about his doubts, but they brushed it off, saying it was just his reflexes that were really sharp. Despite that, the doubt remained.

There was also this time where a piano nearly managed to fall on him... But that would've been too much exposition for the reader in one spot. Besides, Leo saw that the man stopped talking and was looking at him, expectantly. Not knowing what to say, mostly because he didn't listen, he shrugged and let out a small “humpf”, which seemed to be enough for the man, who continued on his rambling.

After two minutes that seemed to the boy like an eternity, Leo felt some small vibrations emanating from his pocket. A phone call ! Maybe fate wasn't so cruel after all ! He interrupted the weird man, who was going on about some sort of underground conspiracy “ Sorry, gotta go, phone call... and such.”

A flash of disappointment crossed the man's face “Oh... Well good day to you, sir.”

The two men parted ways in opposite directions. Leo got hold of his phone and noticed the number wasn't shown on the screen. Hesitantly, he answered “Yeallow ?”

“Good afternoon. Mister Davis ?” The voice at the other end was feminine. Giver her tone, there was a three out of four chance she was some sort of operator.

“Good afternoon. I am here to talk to you about the opening of a new store in your...”

Oh for Gods' sakes, why is this happening to me ? His mind screamed, while his voice didn't show any sign of it...

Forty seconds of useless banter later, Leo took a look at his watch. It was already 16:25. He had to be at his last class in less than five minutes or else he would be marked a late. Unfortunately, the school was 500 meters from here, on the other end of the street. One thing was certain : if he wanted to avoid getting a bad reputation with his teacher, he better had to run. Fast.

He took the time to politely send off the woman at the end of the line, walk a bit faster, put the phone in his pocket while making sure he didn't drop it, start slowly running, put his bag firmly on both shoulders and run like never before he had done in his life.

The storefronts were like a blur in his line of sight. Everything was turning into a sort of mix of flashy colours and blinding lights. The only thing that looked clear in Leo's view was the end of the street, his faraway goal. Slowly but surely it became clearer, though to arrive there he had to cross both tram and car roads that seperated the rich, bright and colourful part of Bordeaux from the poor, dark and gloomy area that was its second half.

Oblivious to the roads and too focused on arriving at school, Leo continued to run. To his own surprise, the thought of the time he nearly got crushed by a piano came back and he started to consider he was very lucky on this one... Unfortunately, he only started thinking about it, as the process was immediately interrupted by a very loud and clear noise. He managed to turn his head slightly to the right and noticed the tram driver's panicked expression as he was slamming his horn and trying to use his breaks, which in any case would've proven to be futile given the sudden arrival of the boy on the tracks and the weight of the machine. In spite of his growing fear, Leo continued running and managed to avoid becoming the next human pancake workers would've had to scrub off the pavements. I made it ! The boy couldn't believe he managed to cheat Death like that. He saw the passer-bys' shocked expressions and even a few that were about to intervene.

What he didn't see however, was the speeding car that hit him. Nor did he see his body hit the ground and the people rushing towards him to call an ambulance.

Instead, he saw an old house envolopped in nothing more than darkness and the faint glow of the stars... 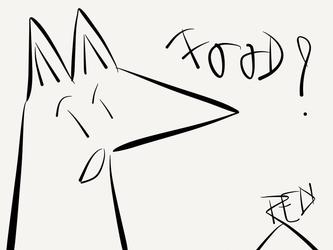 The Many Lives of Leo Davis : Prologue

This work is the work of fiction. Any ressemblance to any real person or event is purely coincidental. Also, even though the world depicted seems pretty much like ours, it isn't. Why ? Hum... Can't say now, it'd be a bit of a spoiler.