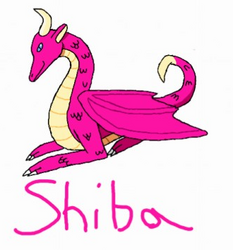 About the Rubik's cube thing in the story; "Rina can't solve Rubik's cube" is a running gag in Rina's story back in Spyro Realms RP, so UberCatSR thought to put it there in the RP. And as for why I replaced Rina's flying from one place to another with using a teleport stone for travelling, I should remind everyone that Valencia is a planet that's bigger than Earth. I imagine that flight from one continent to another would take like many weeks, months, or maybe a few years. I figured a teleport stone would be a lot faster since Rina got to Rudvich in only one day.

You can see the RP at this following link: http://forums.dragcave.net/index.php?showtopic=152686&st=0