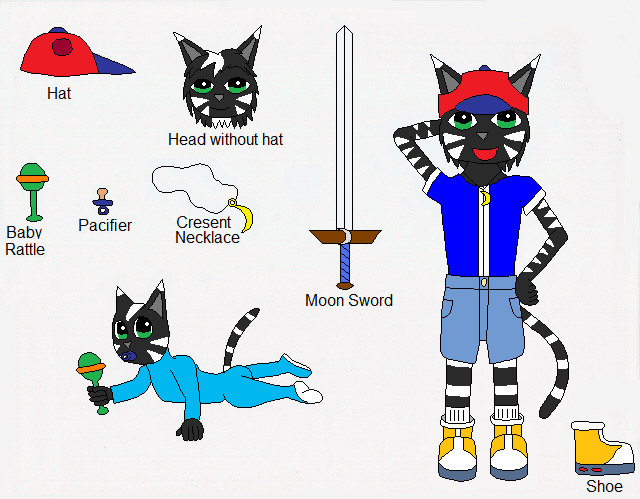 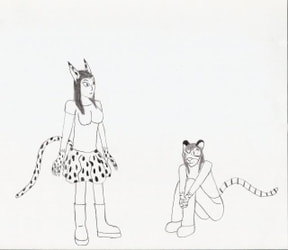 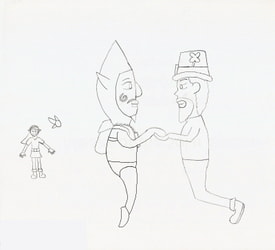 I just thought I'd draw a humanoid version of Crowpaw (Crowstar's younger form) for fun. The kitten on the bottom left is Crowkit (Crowstar's baby form), if you didn't know. I like the way the hat and necklace was done, but I'm still not sure about his fur color. I tried to make it black, but it looks dark gray to me.

Moon Sword: This ancient moon-powered sword was created by the lunar cat tribe and was passed down to Crowpaw by his father. This powerful sword can do double damage against dark-type monsters, but its weak against moonlight monsters.

Cresent Necklace: A necklace with a shiny cresent moon charm that somehow seems to glow whenever danger is near by.

Crowpaw's Hat: This hat has two holes that lets his ears stay straight up so that they don't get crushed up under his hat.

Crowpaw without a hat: This is what Crowpaw looks like when he's not wearing his hat. He's go a white stripe that runs from the top of his head to the back of his hair.

Baby Rattle: This is Crowkit's favorite toy. He loves to shake it alot.

Pacifier: This is what baby Crowkit loves to suck on alot when he's not drinking from the baby bottle.
Next time, I'll do a humanoid version of his twin sister, Winterpaw.

Crowpaw, not the one from the books (C) me
Warriors (C) Erin Hunter