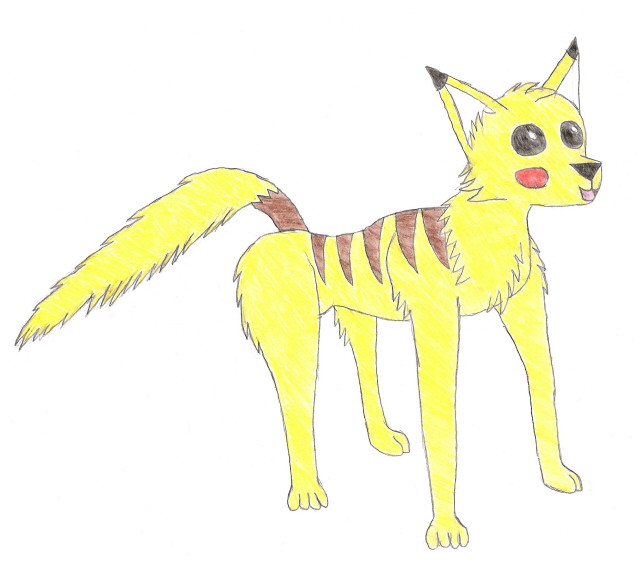 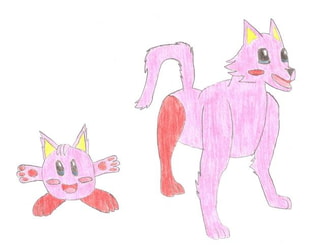 Back then, I had a feeling that I wanted to draw wolves, so I drew a couple of Super Smash Bros. Brawl characters as wolves. Instead of drawing on MSPaint, I used color pencils to color my pics. I drew Pikachu first because he was my favorite character to use and kick other people's ass. If you ask me, I think Pikachu looks more like a dog than a wolf.