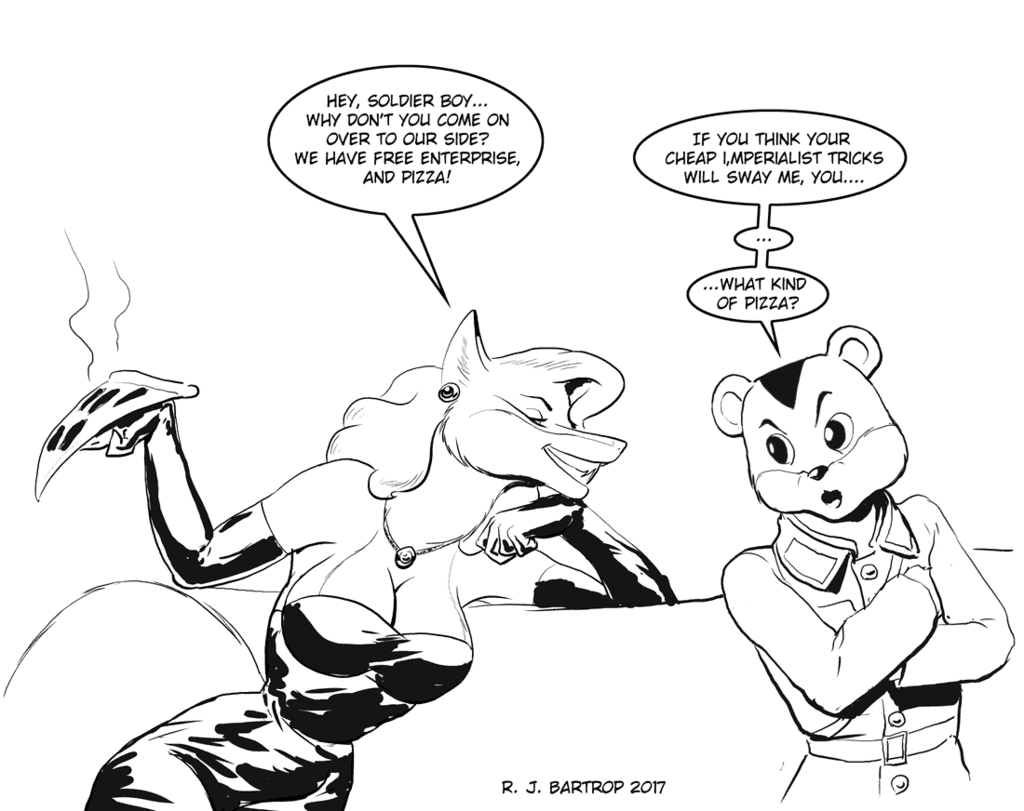 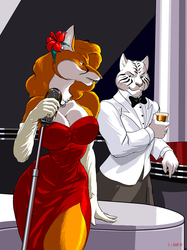 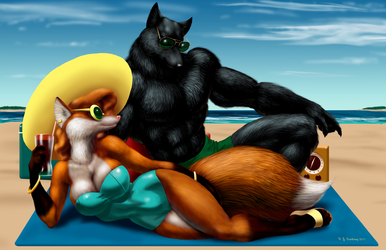 I think most people here are probably familiar with North Korea's favourite cartoon propaganda, "Squirrel and Hedgehog". This was inspired by the discovery that one of the "bad guys" who are supposed to be Americans is a Lt. Vixen who is well, a vixen. Now, while I salute the brave canids working to overthrow the dark forces of totalitarianism, Red was of he opinion that vixenry is best handled by the private sector.