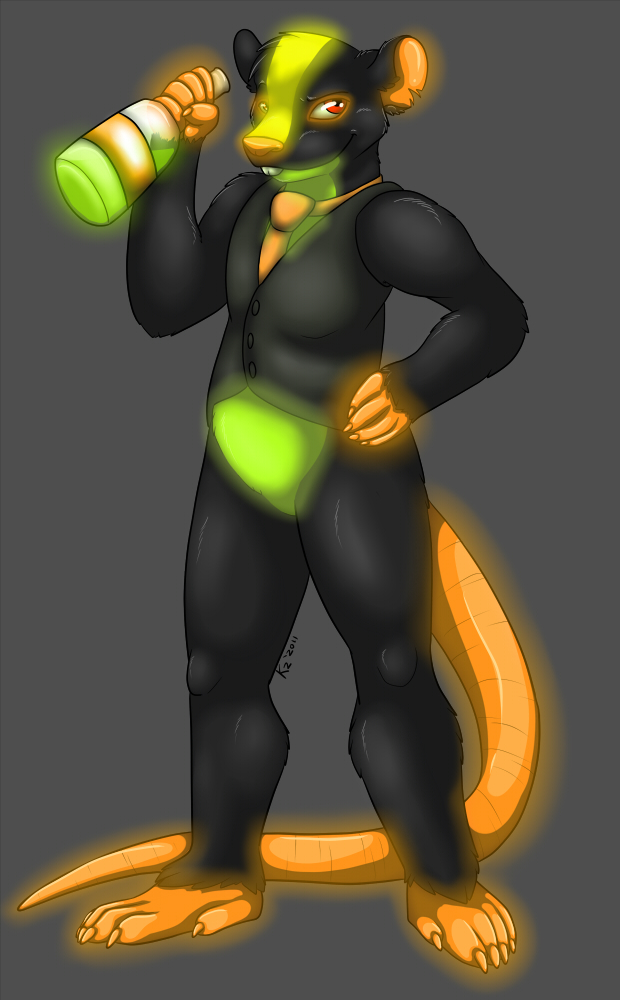 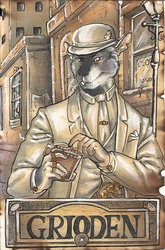 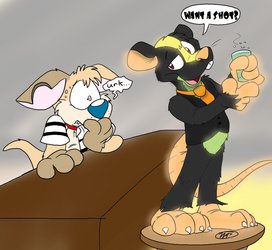 It had been a few months since the rat was taken into that place. A strange combination of a business and a laboratory. He was a sewer rat, not a lab rat. He didn't appreciate being poked, prodded, experimented on, forced to ingest things. ....not at first anyway. When they were done with him his brown fur had turned black, his underbelly was green, his brown stripe had turned yellow and his skin was several shades brighter. But that wasn't the weirdest part. He'd become smooth and rubbery all over and he was practically glow in the dark! He gleamed in the darkness like something from an underground rave. And if you put a black light on him the effect was far more pronounced. The lab paid him a hefty sum of money for his kidnapping, restraining and experimentation and kicked him out once they were done with him. He wasn't sure what to do at first but then decided to make the best of it. He'd always had a passion for alcohol so he became a bartender. His new natural appearance fit well with the nightlife and he had a talent for mixing drinks. Soon he was one of the most popular rats in the city with alot of furs giving him tips so they could get one of his strange concoctions or maybe even run their paws along his glowing body. He was never opposed to such things or even other, more private requests. He is a rat, after all.