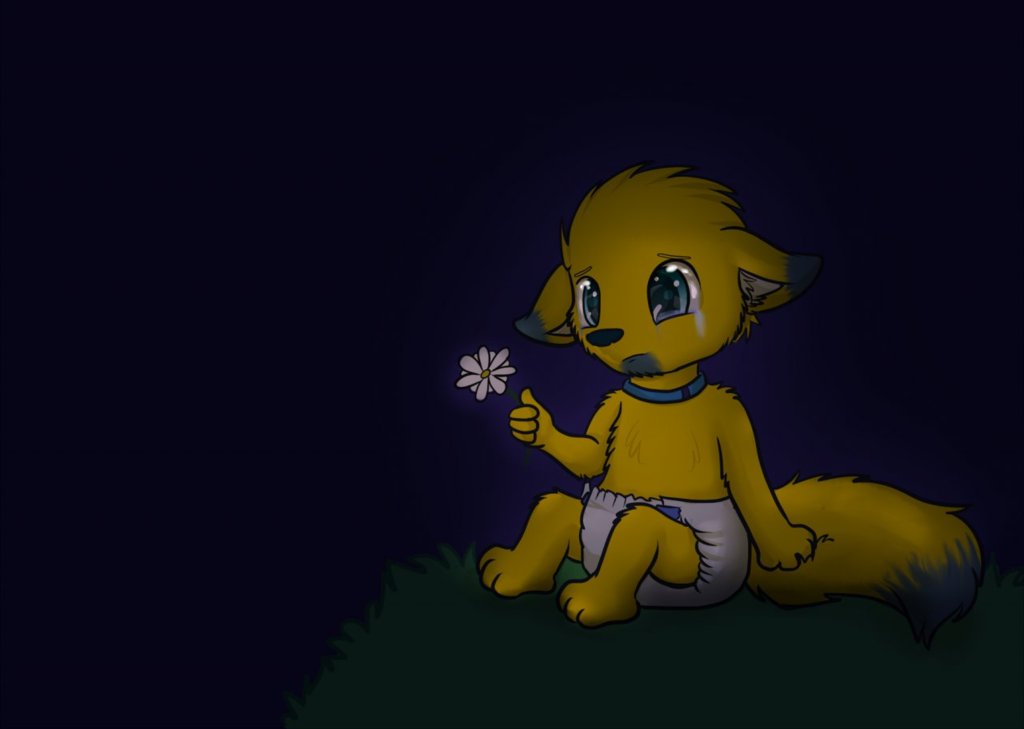 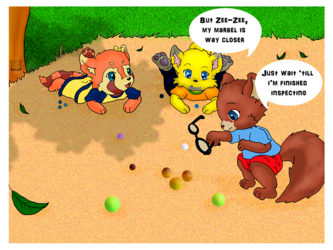 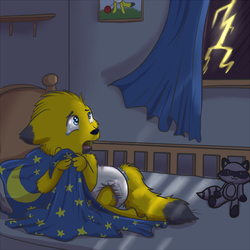 The field was lush and green with the bright and warm rays of the sun on his fur. Rascal was just a little wolf pup running about and playing all the time. Today his daddy, Kaio, an artic otter, took him to the field to chase the butterfly’s. After an hour of play, Kaio yelled out to the pup, “Rascal, Its time to go home!” Rascal ran back to his daddy taking his paw and they began to walk back to the car, Rascal waddling with his thick diaper.

On their walk back, Rascal noticed the look on Kaios face. He wasn’t smiling, but instead he had a look of concern and pain. As they passed a flower, Rascal though he would cheer his daddy up. He let go of Kaio’s paw and ran back, quickly picking the small white flower. Rascal sniffed the warm loving smell of the flower before turning to give it to Kaio.

But when he turned to look in the direction that Kaio was walking, he found that Kaio wasn’t there. Rascal cried out for his daddy, but no response came to his ears. Rascal began to whimper, sitting on the ground where his daddy was, his faint scent still there, but difficult to trace. “Daddy…” Rascals whimpers began to turn to crys as tears came down his face. Before Rascal knew it, it had gotten very dark. Rascal was still holding the flower, looking at it, the warm rays of the sun changed to darkness.

So for a bit now I have been having the above nightmare. Then a few nights ago, Kaio and I broke up v.v' I still feel a little hurt by it but, I guess it could have been much worse. Time heals all people say, They just never tell you how much time itll take.

Kaio and I have agreed to be friends and we are still chatting.

Art by Toddlergirl as I stink at arting x.x' I recommend that and pieces of vent art, or art in general be commissioned to Gem. She does great work and can capture just about anything you give her!! Thanks Gem.