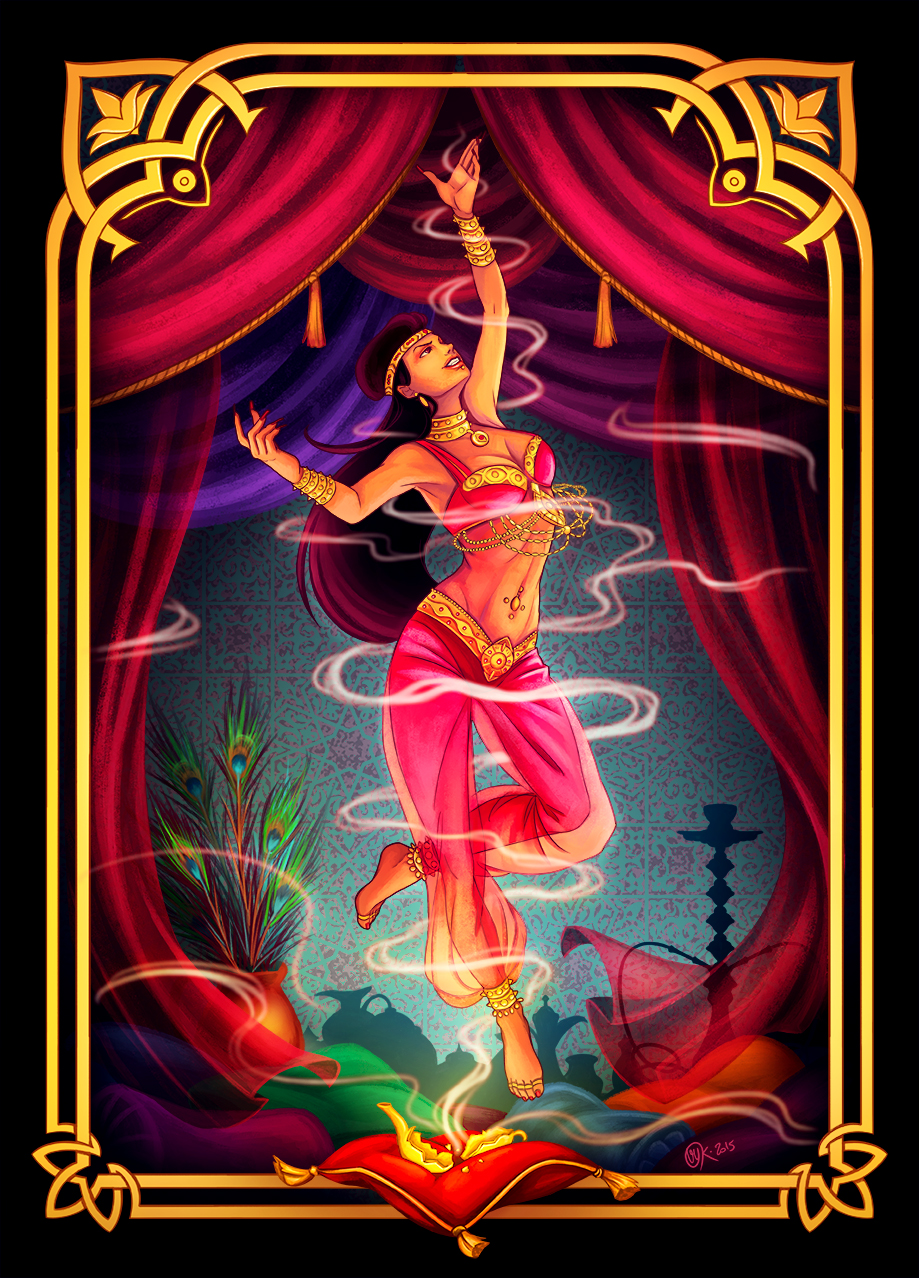 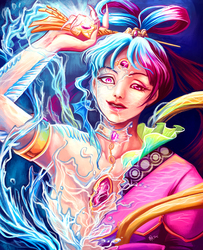 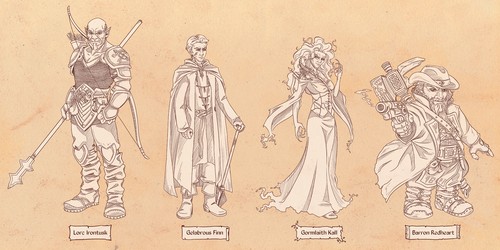 "Muneera was an evil, ruthless and powerful woman. Because of her attitude and way of life she got a lot of foes. Knowing that she was about to begin studying magic and fearing her to become invincible, they sealed her inside the magic genie lamp. And then sealed the lamp itself leaving the prisoner no chance to be released.
But as a side effect of her imprisonment Muneera obtained magic genie powers. While at the beginning they were weak, she begun to master them day after day (there was nothing to do inside the lamp anyway). As years flew by Muneera's power grew. She made several vain attempts to free herself but it took her more than 1000 years to become powerful enough to break the lamp from the inside.
Those years spend in the lamp didn't make her any kinder. On the contrary she yearns to use her new powers to do some evil deeds."