Stepping out of the rain storm by Ranny 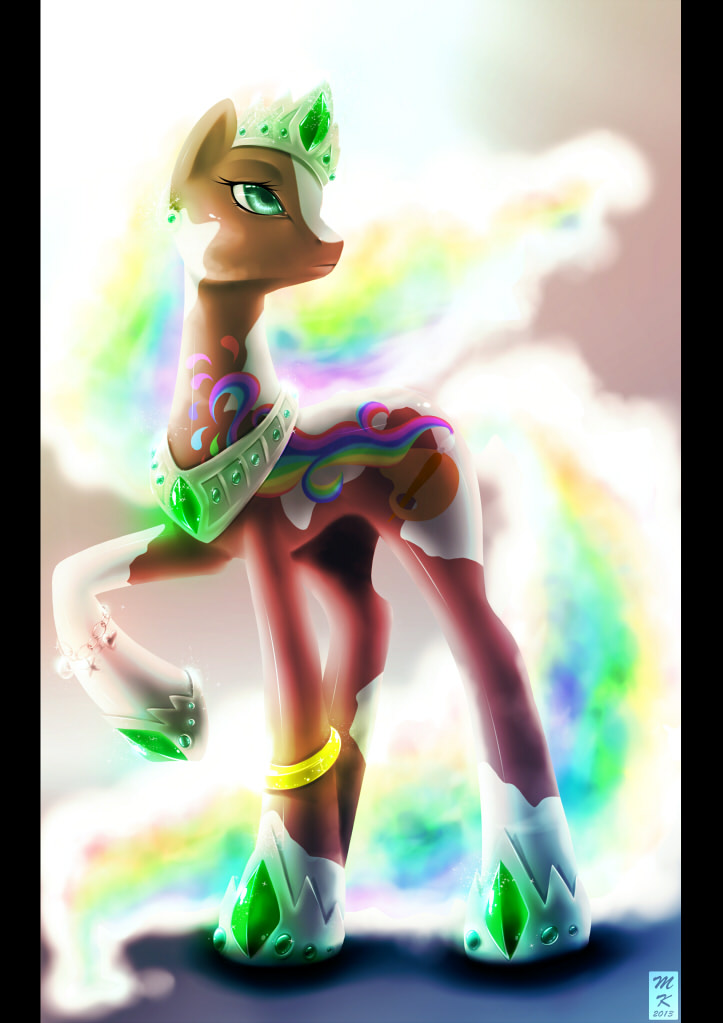 Stepping out of the rain storm

I've basically had Queen Canvas for a good 5-6 years? April 25th 2007 is her birthday. Basically she's more of a Ponysona than an OC. Brown to match my hair, the typical horse genetic Paint on her body and her mane and tail looking like she's just had a paint bucket dumped on her head. She's also a simplified Twice-As-Fancy pony, having a cutie mark across her entire body. Canvas also originally had lose crimped and wavy hair, and as been getting relatively slender as she 'grew' with time. I've had this girl since way before FiM and haven't changed much about her besides her mane/tail and the fact her horseshoes are quite literally, shoes. She still has her wedding bangle, her charm bracelet and her silver royal attire, the only thing being added at this moment is her collar which she always had, I've just been far too lazy to draw it.

A little bit about Canvas

Queen Canvas is just a simple earth pony with no special magical abilities. She enjoys her freedom to do/create whatever she pleases, so having to adjust to a life of royalty was relatively troublesome for her. Canvas wasn't born into royalty, a young prince, Merry-Go-Round, was walking around his kingdom one day and saw her hanging out with a majority of her friends. He tried to forget about her, she hadn't even noticed his interest and he asked her to be his Queen. It wasn't forced upon her but it wasn't like she could refuse royalty so her nose was rather put out of place, she often escaped the castle walls to explore the kingdom and more than often caught up by the royal guards, one of which was one of her friends before she married.

So yeah, a little bit about Queen Canvas and such.