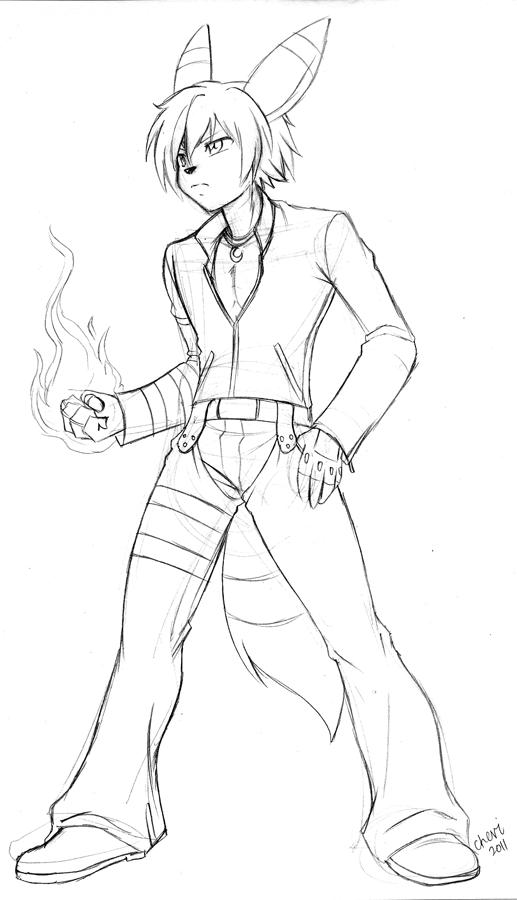 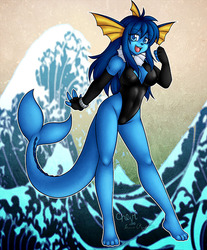 So I constantly think up my characters cosplaying as other characters and I don't get it done enough as much as I like (heavens knows I have a buttload of ideas).

Chevi was doing some cheap sketches and I decided to nab one, getting my idea of Moon as K' from King of Fighters in visual form, and she never fails to please.

I like how this came out and how often do you see Moon in much clothing anyway? XD

Art done by Chevi who has seemed to have vanished from the internet.

Moonlight belongs to me