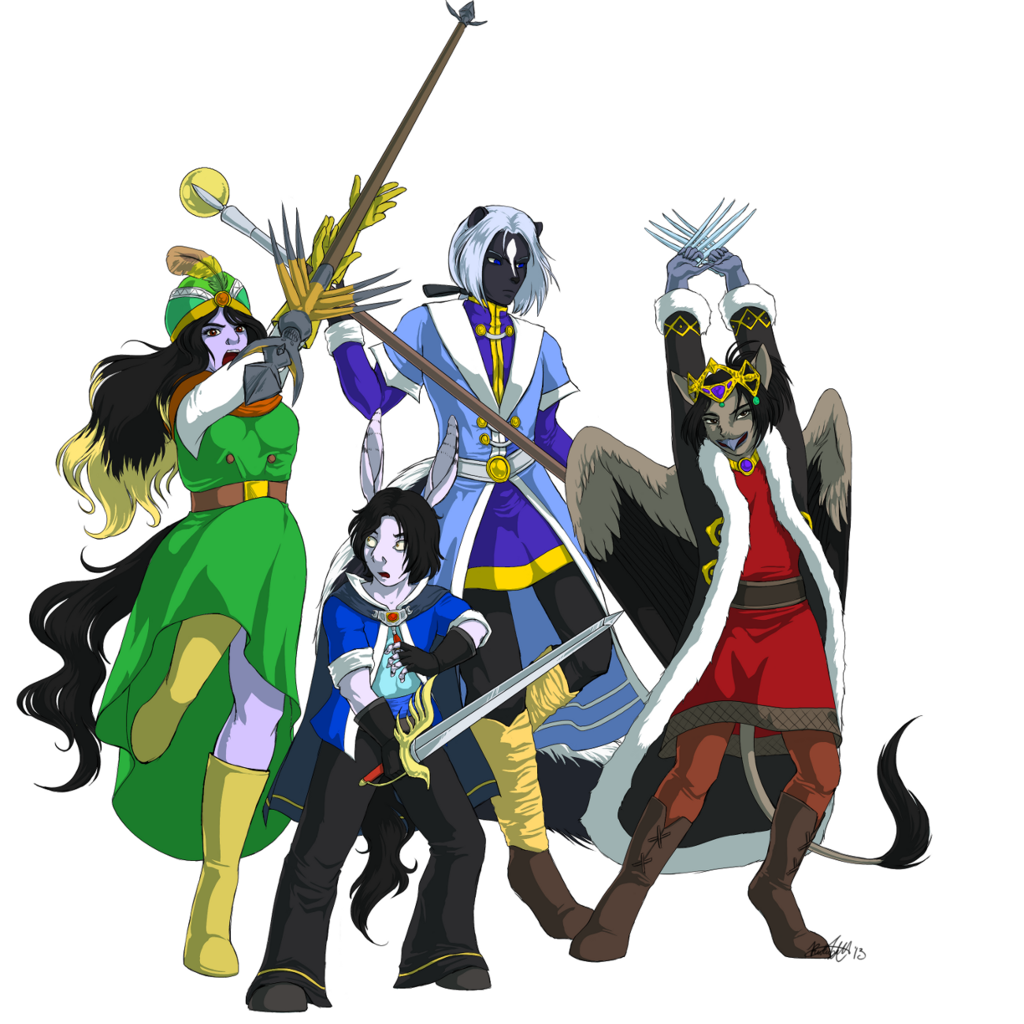 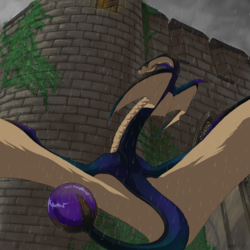 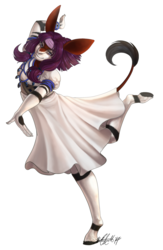 An on-and-off project that went for months, and also took me months to think of a pose believe it or not. It all popped into my head finally when Rise randomly backs up behind Raikita when Raikita was going to attack some monster. xD;

I found this pic in the depths of my folders while cleaning out and freeing up some space on my pc.

Sarelle, the priest with her awesome Demon Spear (I luvs it)

Heliesse, the gladiator with his Falcon Blade (Still gotta get him the stronger version)

Rise, the sage with his ugly-as-sin Savant Staff (I NEEED the Bright Staff but I can't get it at the moment *sobs*)

Raikita, the Armamentalist with her Orichalcum Claws (I love clawssss <333)

These are actually the clothes that they wear in the game with their respective hair styles too. Sarelle's hair I made blonde cuz I made her before I thought of a concrete colour for her anthro self =p So I added blonde tips just cuz.. yeah.