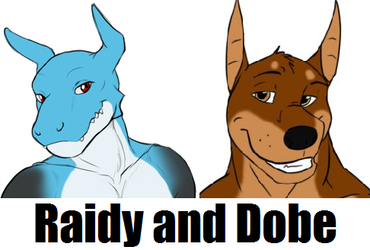 Hi there, we are Raidy and Dobe (the 'e' is silent). We are a couple that live in Oregon. We will of been together 6 years as of January 5, 2014. Dobe proposed to me on June 10, 2013. We have a single pet, Ebony. She's our English Black Labrador mix. Previously, we had a Bombay male cat that vanished, and earlier in 2013 we had to put our Yellow Labrador, Blue, to sleep. Now onto stuff about us individually.

Also known as Fanta. I've been in the fandom since 2000 pretty much. I started out in it because of Digimon, thus my first fursona was Raidy - and anthro Raidramon. I used that fursona for nearly 6 years until I joined Second Life, where on a whim I purchased a Jackal avatar- and decided to make that my new fursona. After a few years as that, I was practicing doodling and then drew a Panda friend, who said I should draw myself as a Panda. I did that, and really liked it, so I stuck with it. After a couple of years, I decided to go back to my Jackal fursona- whereas I was looking at getting a fursuit made. At the time, I couldn't imagine my Panda fursona looking decent as a fursuit so I thought the jackal was more 'suit'able. On a whim, earlier this year (2013)I decided to make a German Shepherd fursona. I'm not sure why, but I did. All of my previous fursonans carried a trait from one another. Raidy Dramon had red eyes, that was passed on to Jackal Raidy. Jackal Raidy's red eyes and blue hair was passed on to the Panda fursona. My German Shepherd fursona, Fanta, had a name other then Raidy and didn't carry any of my previous fursona's traits. Instead I did weird stuff with this character, as in giving him flavored body parts and fluids to match his name. He's my more unique fursona.

As far as hobbies and such goes, I am an avid gamer. I play all sorts of games. I'm not a serious gamer though, I play to have fun. Winning is nice but for me it's about the enjoyment of it. I like to doodle now and then (when I have a drawing tablet), and I love listening to music. My guilty pleasure is photography. I'm a pretty down to earth guy and I love to be social.

(I'm going to have Dobe type this out himself) 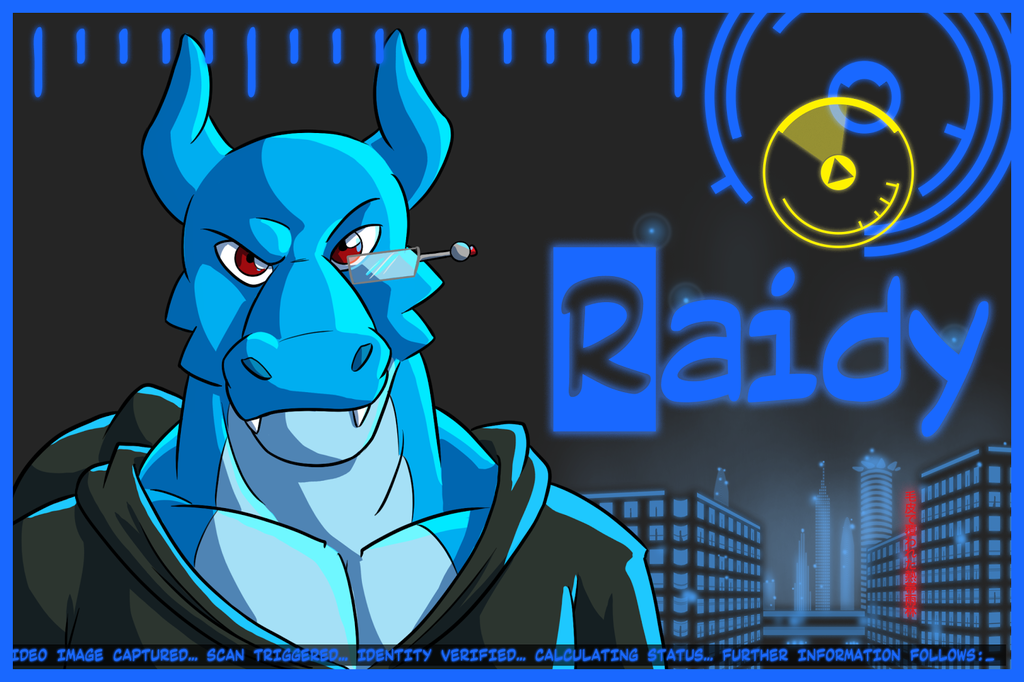