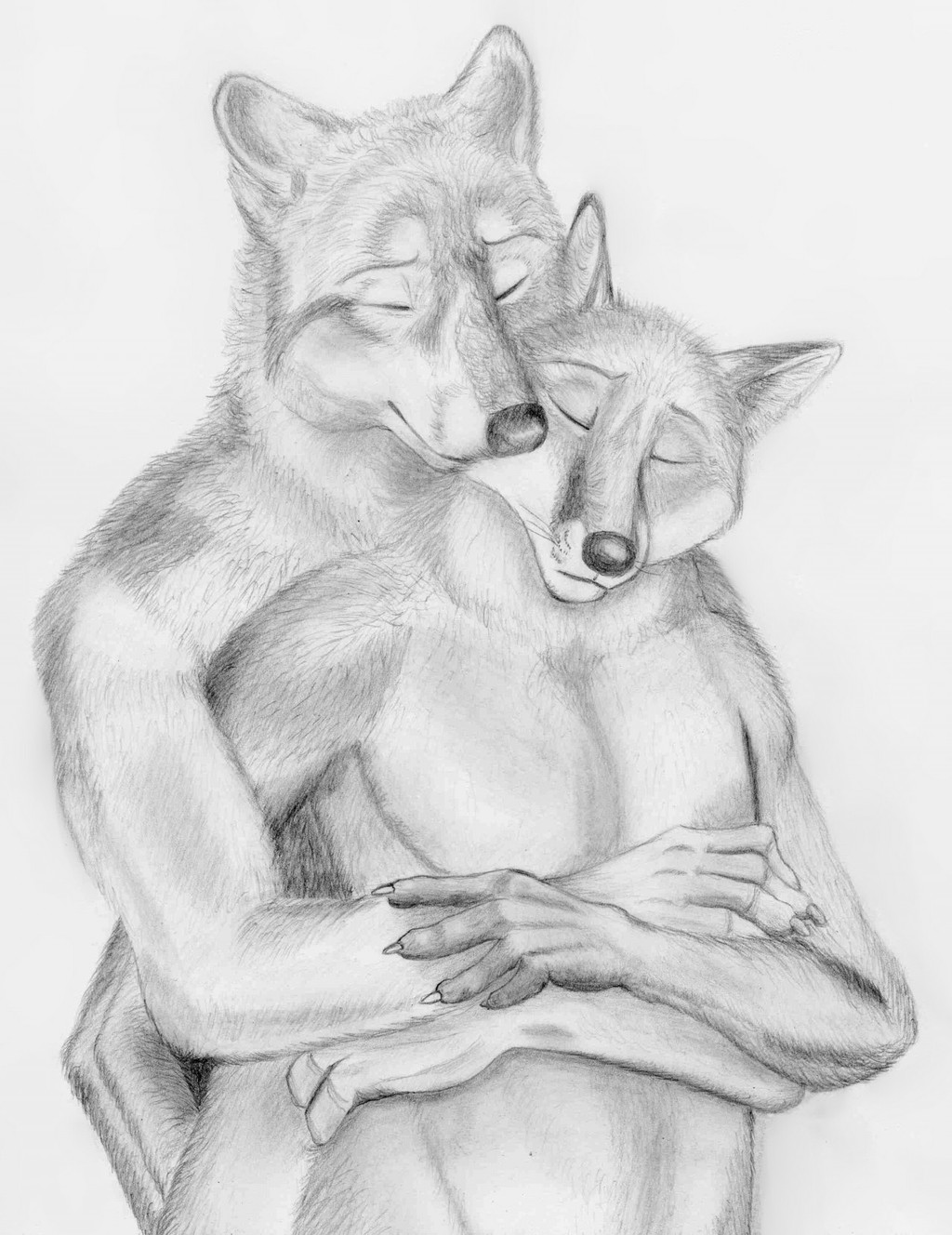 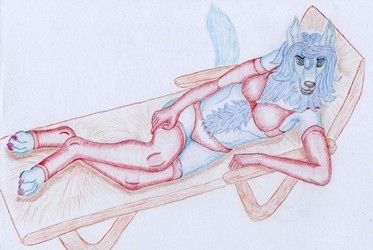 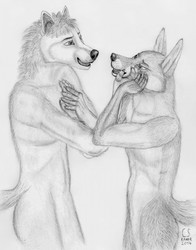 This is probably the most elaborate graphite drawing I have done so far. It is supposed to be a re-creation of a drawing by Blotch on FA and I could’ve sworn they had it in their gallery on FA, but apparently not. I would’ve provided a link so that you people can see the various areas where my version falls short, but, oh well. I have the original here on the ‘Scratches’ CD (something everyone interested in anthro art should own), and the comparison is kinda sad on my part.

Anyway, if I had to pick a favorite from their entire portfolio, it would be this one (and it’s not even explicit in any way XD). This picture conveys such powerful emotion and intimacy, its beauty almost hurts me. I love it, simply said, and I hope that a little of its magnificence comes across with this re-creation. I used a rather soft pencil (a 2B) for all of it, and experimented with blending by using a Kleenex. Definitely learned something about shading and fur texture with this one.