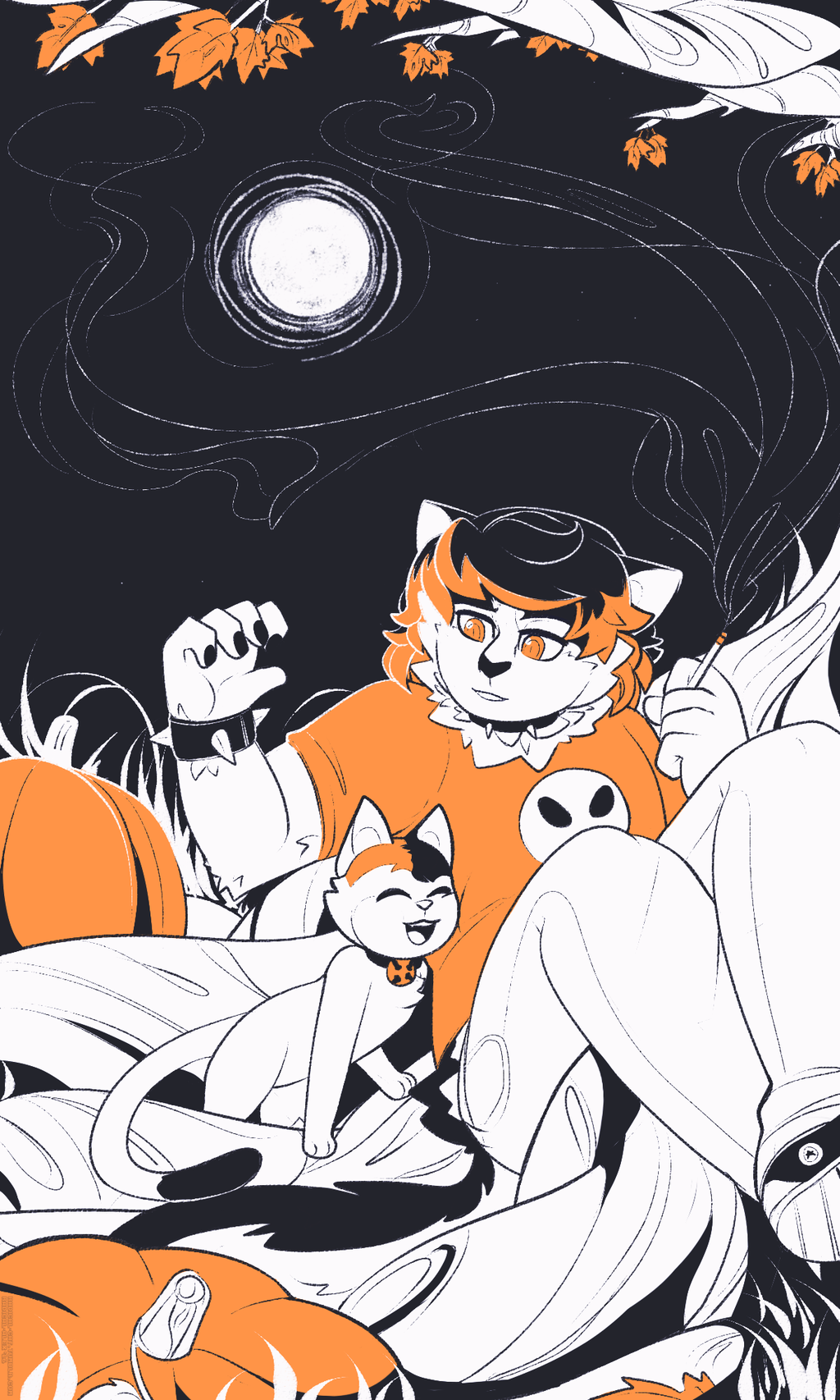 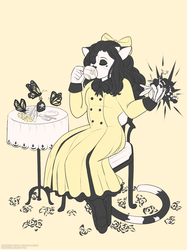 On the outskirt of the graveyard, there’s a crooked tree with large roots, large enough to plop yourself in between with some comfort, and it’s there a moody teenager sits. With fashion that comes from Hot Topic and pack of cigarette bought from a gas station (the clerk did not care enough to check for an ID.) Before he tucks away his notebook, he writes another poetry that’s rather pretentious, and then ponders about the supernatural. Not vampires though. Vampires are outdated and quite frankly, boring.

Spencer lets his mind wander, about family life, which in a mindset of an adult, wasn’t too bad, but for hormonal teenager, everything kind of suck. And that’s not even getting into school. So he’s mentally complaining, with a dull expression, smoking away, and now regretting not bringing his iPod with him.

There’s a nudge. Spencer lifts his arm and looks down at a feral cat that manages to creep ever so quietly up to him. She rubs her cheek against his ribcage with loud purrs. All his moodiness vanishes as a faint smile appears, and then he says, “Hey, lil’ witch.”

Little fun fact! Spencer / Spike is one of my eldest ocs! I had him for 11 years and probably the only one to make a return since early 2005.
Another little fun fact: Jinx can transform into normal / anthro form, and will do so to cuddle this fluffy grump butt. And put out his cigarette 'cause damnit Spencer, you're 16, you don't gotta be smoking.