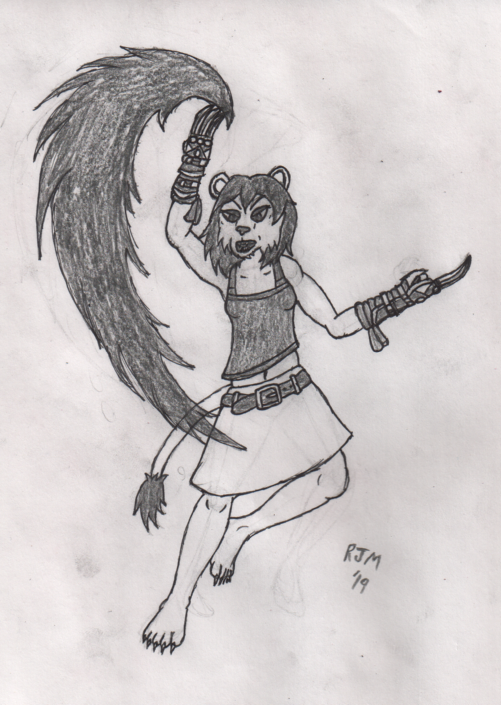 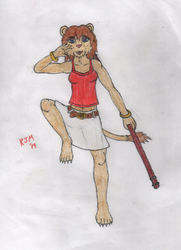 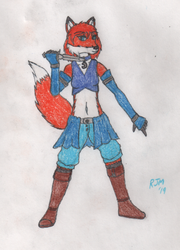 The Leonine people are traditionally a warrior race, brought into being by the fire goddess Aralisi from her stock of sacred lions. The various kindred have fought against monsters and each other for untold time, and the skills of defending oneself without a weapon are no stranger to the kindred. Yet the humans' pankration in their city-states of Arakhavia is mostly sport, or even a last-ditch weapon of fist and foot on the battlefield.

But a cat always knows where its weapons are even when declawed, and the Leonine are no exception. Unarmed martial arts, with or without using their natural claws, have been a staple for all fighting men and women of the species since antiquity. Even with conventional weapons like the spear and sword, some lion-folk -- especially the warrior-ascetics known as Seekers -- are known to wield bladed gauntlets known as "iron claws" into battle. Despite reach that barely surpasses a dagger, an expert of the iron claw was a terror to behold on the battlefield. It was often brandished with a shield in war, but both seasoned men-at-arms and avenging Seekers were known to wield a claw on both arms.

Not unlike the pata of our world's India, an iron claw's half-gauntlet design aided in protecting the user's forearms, and its deadly claw-like blades caused grievous wounds against poorly-armored victims. One swipe disemboweled unarmored foes, and a good punch tore through linen or leather armor when properly sharpened. The tips were also usually reinforced and acute to perhaps puncture low-end chain mail. A few variants have existed throughout the history of their city-state Brigalia: spiked cestuses, bronze claws with a handle akin to the Indian katar, and enchanted artifacts known as Beast Queen Claws are the most well-known of these.

For the warriors of Brigalia, the iron claw remains an exotic weapon of their proud heritage even into the Age of Wisdom. Even for altruistic Seekers like Raziya, this is a weapon reached for when a humble staff is not enough, and something (or someone) truly evil must die in a rapture of rupture.