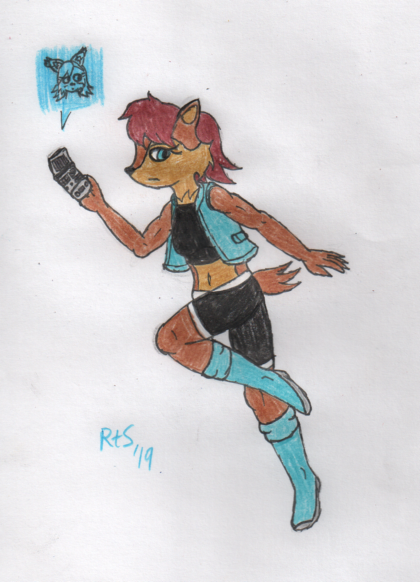 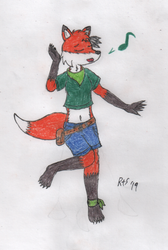 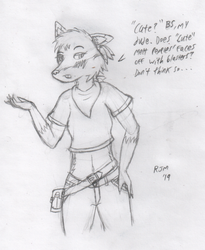 It's not often that I draw fan art of my favorite characters, but I feel I'm getting better and better at depicting them. After an abysmal Tigra picture ages ago and a Freya pencil lineart from less long ago, I think I've reached my best quality so far.

Princess Sally Acorn. An absolute BAMF from my early childhood, back when my only reliable exposure to Sonic the Hedgehog were through non-game media. My cousins owned a Genesis while my family had a SNES, but I remember reading the Archie Sonic comics back when and especially watching the two Sonic cartoons. Among them I wound up getting to see Sally in action, one of the first "action girl" characters I'd ever witnessed. I even recall having at least one issue of her spin-off run in the Archie comics, despite the princess-y way they spelt her name on the issue covers. In a way, my adoration for Sally might have been some of the writing on the walls that I was a young girl with a bad chromosome back when.

In some ways as I review my newest setting stuff for Apocalypse Fox and try to make it more than just a Fallout clone, I can't help but think back to Sally. I can't say that Dana is based on Sally, but if I somehow made bank with those story ideas and got some kind of media adaptation, Kath Soucie (who did Sally's VA stuff in SatAM) would be at the top of my list to hire on as my plasma-slinging ranger vixen. On top of that, some of my earliest ideas for Apocalypse Fox were heavily inspired (some would say ripped off of) Sonic SatAM's setting logistics.

For this picture, I decided to grab a good action pose rather than do a static standing one (my beloved Freedom Fighter deserves better), and chose to draw her in my art style and proportions as opposed to imitating any of her canon depictions. Because my fuzzies have human-like sexy bits, I took inspiration to give Sally a black crop-top and shorts from one of her last designs used while Archie still did the Sonic comic run. Of course, I also thought to include a cameo of Nicole's lynx avatar on the screen of her datapad hardware.

I'm so proud of this latest picture, y'all don't even know. uwu