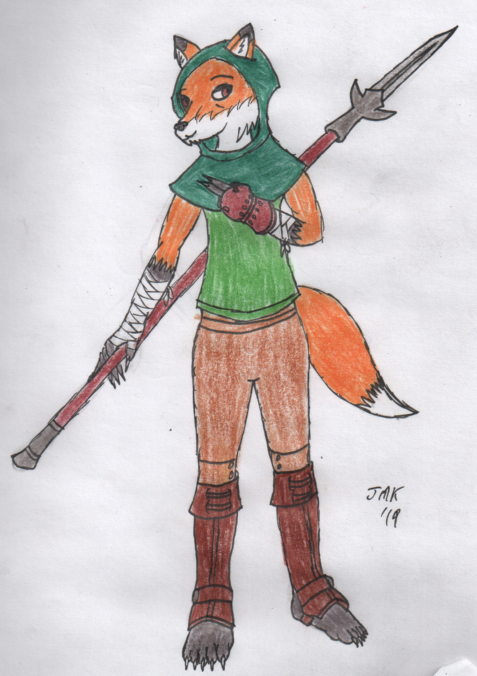 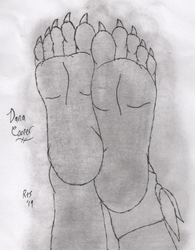 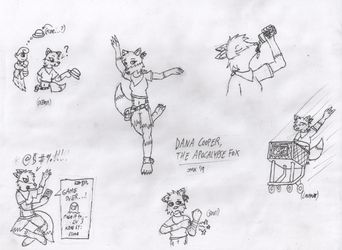 Okay. So this is something of a personal entry as well as showing a potential new fursona off. Let me explain why this one is a tod instead of a vixen.

For a long time, I've been questioning my gender. But it feels like every time I feel confident in myself again, it's like "hey, maybe I can be a guy again" in my head. Honestly, transition to female has been in the backseat, and for many reasons that might come off as superficial. My ability to voice train is awful, I feel fake as all hell wearing even foundation makeup to hide stubble, and my hair gets crazy when it grows out. And if I'm confident as being masculine, even outside of toxic masculinity stereotypes, it's as simple as that.

So, this new fursona idea is actually based off my character-to-be from Amtgard, a LARP game I've been playing on-and-off for a while. Just hit second level as a Monk (albeit unofficially), and getting into the game for realsies, this is roughly the costume concept I wanna do. Granted, not a fursuit rendition, but a close enough approximation to my planned garb and weapon choice? Currently wielding a short-long weapon dual-wield, and wanna also get good with heavy thrown weapons (especially throwing knife shaped ones).

Also, that leather hand-guard is very similar to one I bought second-hand at my first event, which was Memorial Day weekend 2019. :3c