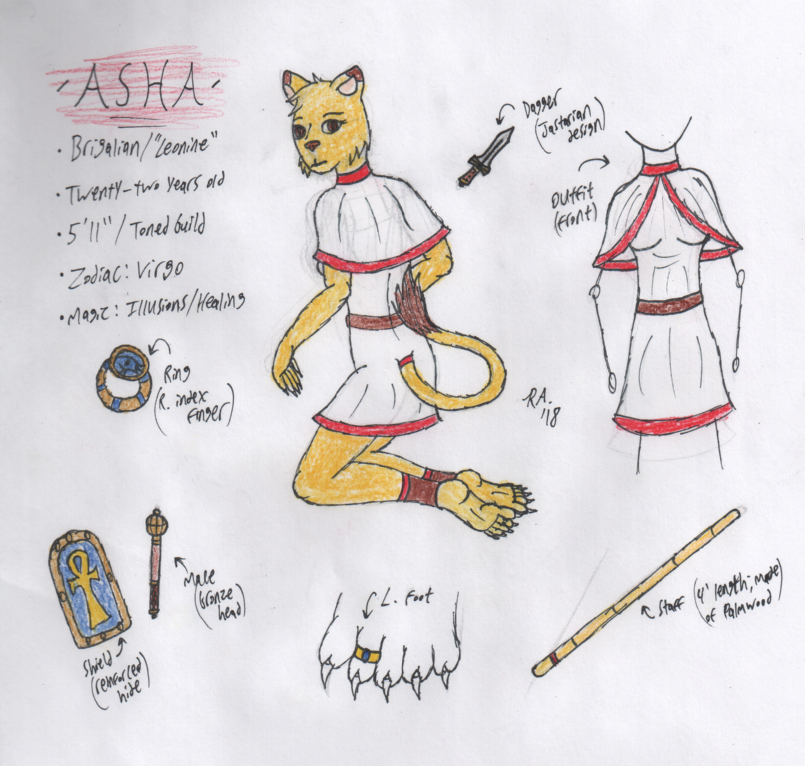 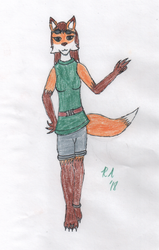 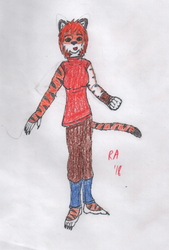 Though this idea and style is pretty much defunct, I was tempted to write/draw this version of Rachel for some prose. Either way, below is what I wrote in my FA and dA versions of the picture...

So I wanna get more serious with writing. Deciding that I can't really use Rachel (for obvious reasons), I wanted to borrow bits and pieces of her and failed half-versions of her (Nicole, etc). What I came up with took an hour to draw, I think (usually the sketch lines only take me about 15~20 minutes with my more generic poses), not counting the references to clothing and weapons.

But I finally finished her. The main protagonist for the pulp-style short stories I wanna write, once I get back into the swing of writing. Meet Asha, a wandering magician from a quasi-Egyptian culture. For Rachel's homeworld, I attempted a vaguely Mediterranean theme to it; with Asha's, I'm kicking up the Bronze Age feel tenfold. This will involve me doing more research into monsters and myths both Greek and Egyptian, but I dare say it'll be worth it (especially as I'm a neo-pagan who revers Thoth and Bast).

Hoping this will be worth it. Even if the pose was a pain for me to draw, I still dig how Asha turned out and had a blast drawing every other bit. :3