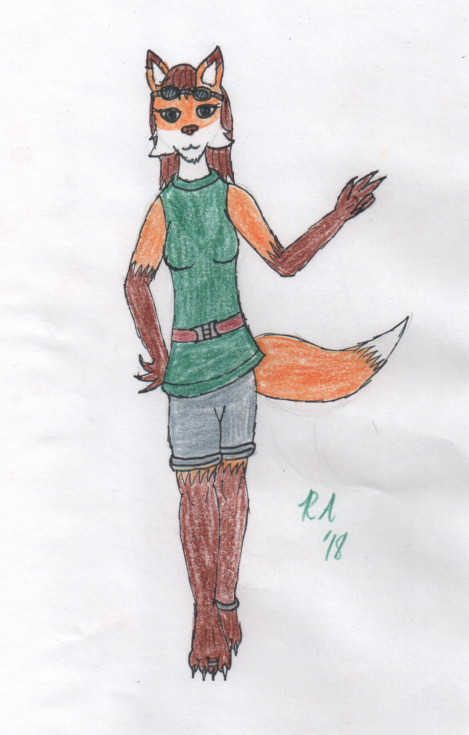 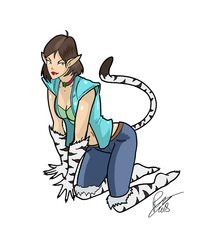 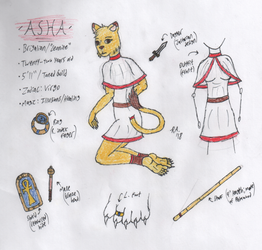 I'd recently begun to think back to a short story I wrote about two years ago, involving this saucy vixen. Wanting to work on more stuff with her (and get some art of her too), I decided to draw up a new reference for the fox!

For this revised version of Dana which I wanna write about and draw, thinking of making her a local "cryptid" in her hometown. But in truth, she's actually someone who had been born as a new form of fae, and who can travel between Earth and a cataclysmic "Illusory World" from which her species comes from. Her goal is to hunt down (and devour) creatures that leak from the Illusory World, while also silencing humans who become aware of them too.

...I have too many vixen characters. XD