(Dream Journal) I Remember by RachelTheFictionkin 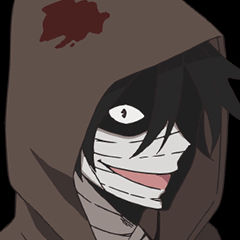 For some unknown reason, I was in the body of a famous female pop singer. I thought nothing of it at first. It was as if my disordered mind was erased of everything I knew and loved and only filled with the thoughts of this musical celebrity. I was at a private pool, well more like a giant lake, partying with "friends". There was a giant loch ness monster floaty that some easygoing guys were on and I pattered around the water with pool noodles.

I then got out and united with some lively girls as we were ushered inside a grand building to a mall by bodyguards to get something to eat.

With a quick glance at the elaborate menu on the electronic display system behind the counter, I told the cashier that I wanted one of their specials. That's when my ignorance began to deflower. A woman from the cook station overheard and approached me with a slightly concerned look on her face as if something was wrong. "You usually order your usual." she said. For a moment something began unlocking in my mind. "Oh?" I responded out of bewildering confusion, but the woman didn't speak anymore and went back to work.

The girls I was with happily ordered their meals as they skipped over to sit at one of the large circular tables. Once my food arrived, I took the tray and began walking to the others. My mind began to congregate pieces of my misplaced identity. Familiar names appeared in my head. "Claudeous. Clouse. Kain. Victor. Roofie. Zack." I muttered each name to myself slowly as the cog continued to turn in my brain. "I... know these names." I made it to the table with the others as they tapped their high heels and laughed hysterically drinking their mochas and expressos. I on the other hand stayed quiet, voided by the excitement happening all around me. One of the girls noticed and asked what was wrong.

I looked at her and thought. "I don't know the right words to explain this but... I'm not who I say I am."

She looked confused and followed up with a "Huh?" I replied, "I'm not this person that you know." I then began reciting the familiar names again out loud. "Claudeous. Clouse. Kain. Victor. Roofie. Zack... Zack... ZACK!" Then something clicked as if my memory came back and I recognized who I precisely was.

"What's wrong?!" Stated one of the girls frantically. "Zack?" Another one quoted.

My anxious fingers shook and my eyes felt like they were beginning to bulge out. I then held up my head. Taking in a deep breath, I shouted, "ZAAAAAAACK!" Everyone around me grew quiet and looked towards my table in confusion."ISAAAAC FOOOOOSSTTER!!!" My shrill voice could shatter glass for as loud I was screaming. I was like a baby bird calling out for its mother to come to the rescue. Usually in dreams, if I called out Zack's name enough he would appear but I became restless. I got out of my seat and ran desperately on all fours barking out his name. I made it out into the main area of the mall as a helicopter came down through an opening on the ceiling. "Zack?!" I became excited thinking he was in the copter. As the vehicle landed and the rotor blades slowed to a stop, I rushed up to it with a big grin on my face waiting for Zack to appear. But instead, a man with a clean-shaven head wearing a black uniform stepped down as he gave me a smirk. I knew it wasn't Zack and stepped back cautiously.

"Where's Zack?!" I yelled at him. "Your Zack is not here." He smiled.
The man had an evil intent look in his eyes and I became very weary. I tried going back but more helicopters appeared with guys in suits who came down with the ill intention of grabbing me. I ran away from them as fast as I could, scared and alone. I was ultimately captured and forcibly dragged to a copter as I yelled and kicked to be released. The suspicious vehicle took off and I watched as I became further away from the visible ground. The rest was too fuzzy to remember, and I woke up. 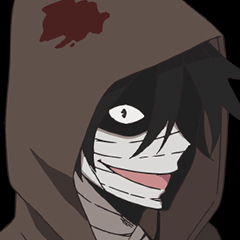 A dream where I lost my memory but recover it as I frantically look around for Zack.