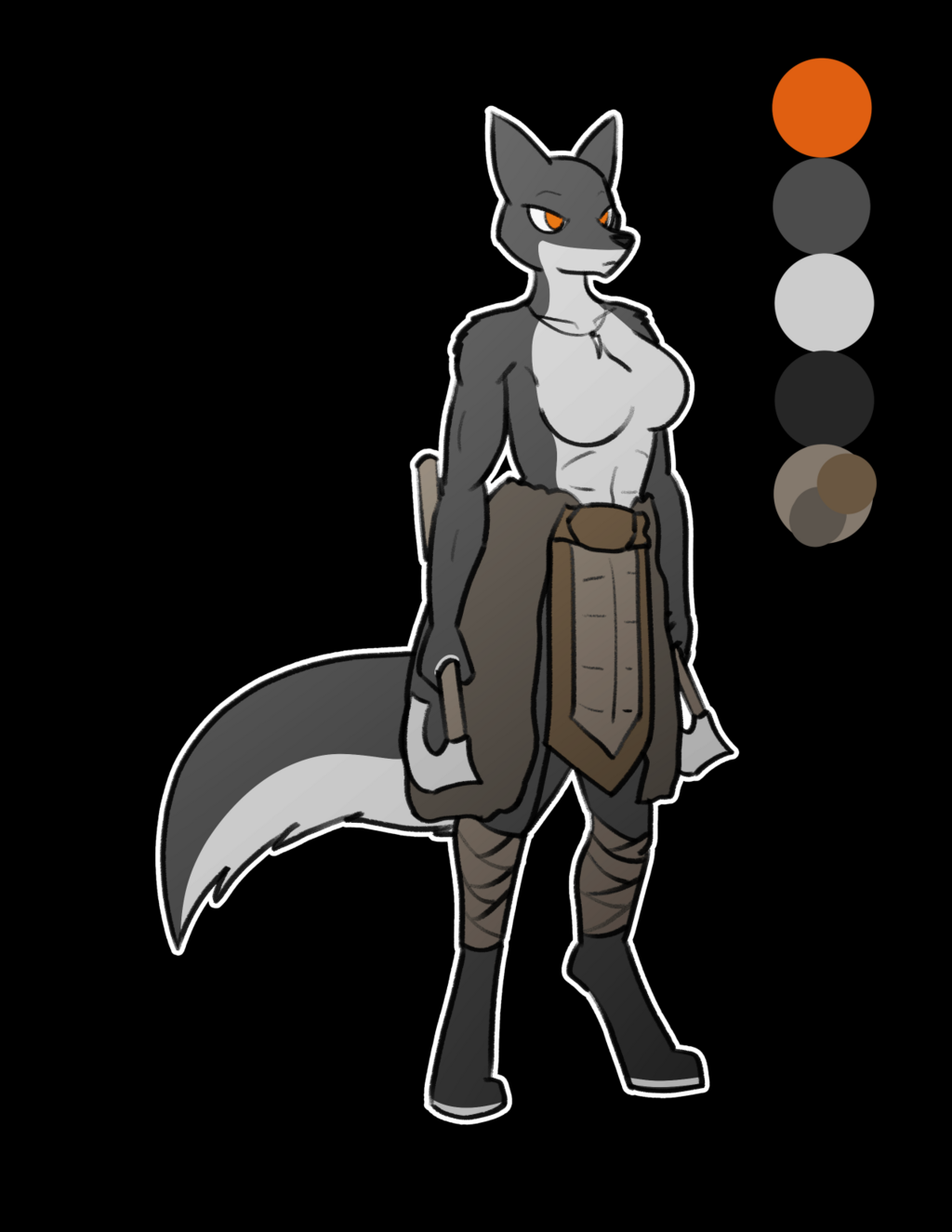 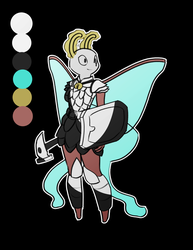 So me and a couple friends have started a play-by-post D&D 5e game that we're going to be slowly picking away at. It's going to be a vore- and furry-themed game. We've been playing for about a week now and it's going great! I am going to be doing some art of these characters as we go along! So first, an introduction to the characters.

This is Fang, our Totem Barbarian. Fang is my character: I am also playing the DM, but we're playing a "semi-DM-less" game where we use an engine to determine a lot of the random events that happen.

Fang comes from a mountainous region far to the north, a cold, snowy place where the majority live either as nomads, or in large tribes or clans. Fang had been training under a spiritual master and, after years, finally made a breakthrough. But she determined that she needed to see more of the world. After hearing stories about great cities of stone buildings from traveling merchants, Fang decided to travel to visit "civilization."

Unfortunately, Fang struggled, and still struggles, to become accustomed to civilized life. Her journey was fraught with misadventures, and she eventually found herself arrested. A local adventurer's guild expressed interest in taking her in -- she would be allowed to work for them as "community service," and Fang agreed: the last thing she wants is to spend her trip in a dungeon.