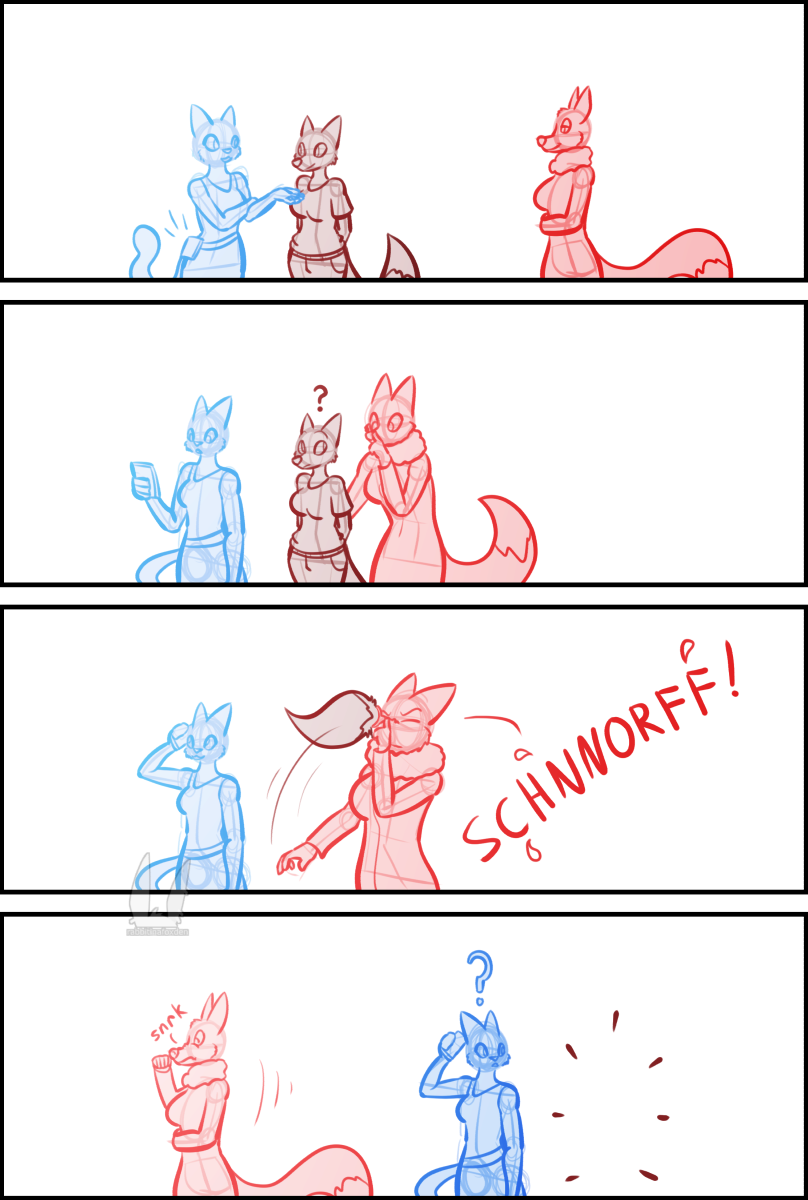 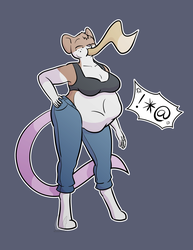 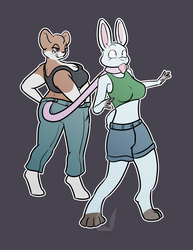 "I only looked away for a second, and she was gone!"

I drew this on a whim after seeing this tweet from Jeschke (who is an amazing audio artist who you should check out.) It's not my normal thing, but there's kind of a strange, slapstick appeal to this that's kind of fun? Like, the idea of a pred who can make a prey disappear so quickly, so completely, and so casually has a certain appeal. What happens to the prey after this? Does the pred sneeze later and a few tufts of fur fly out? Does she blow her nose and then pull a mucus-covered bra from her handkercheif?

And if she can do this, what else can she do?

I'm not planning on finishing this sketch, though, unless there's, like, a big outcry from people for me to do so. Actually, on that note, would people be interested if I did more sketchy comics like this? I like the idea of exploring some more little comic ideas, but I always want to finish and color everything and that makes even a one-page comic into a big project.