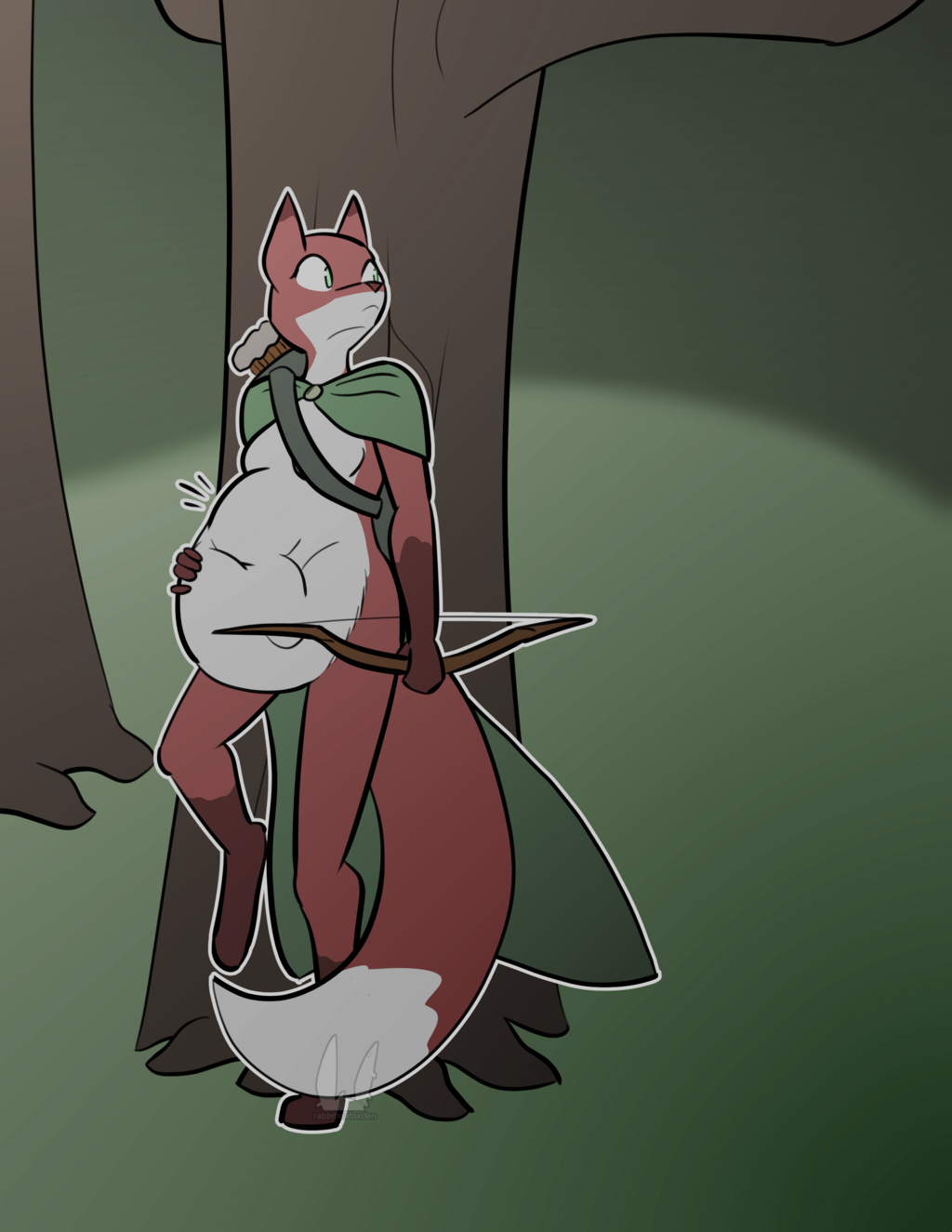 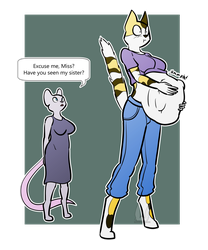 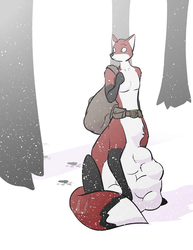 Saffron moved through the forest like the wind, both in speed and in sound. She was a rustle of the leaves, the slight shift of a branch, and then she was gone, her lithe form disappearing into the foliage that she knew like the back of her paw. This forest was her home, and no one knew it better than her.

She stopped at a large tree, panting slightly from exertion, leaning against the trunk to catch a breather. She turned her head, her large ears twitching as she scanned the woods behind her.

Though she had put enough distance between herself and her pursuers to prevent her from hearing them, she could sense that she was not yet quite in the clear.

Her body still alert, Saffron put one paw on her belly. Her meal was still squirming quite a bit, and she could make out muffled pleas for help, not that any help would be forthcoming. Saffron had snagged the little mouse from a caravan that was passing through her forest. It was a risky move, but the mouse had lagged behind the other travelers, momentarily isolating herself, and Saffron had been hungry. It had been easy to snatch her quarry and disappear into the trees.

She should have carried her meal further away before eating. The caravan had noticed the disappearance and sent out searchers. She had been spotted post-meal, and now they were looking for her.

Saffron was a fox: she could handle any mouse on her own. If just one of the searchers were to find her, she might have dessert.

If they were to find her as a group? They would probably be adding a fox pelt to their caravan's supplies.

Not that she was truly worried. This was her home, and they wouldn't be able to track her here for long. But overconfidence had gotten her into this mess, so she wouldn't let it sneak up on her again: as much as she wanted to relax, rest, and digest her meal, she would remain alert until she was certain she was safe.

Eventually, the searchers would realize that they couldn't find her, and they would give up. It would be a shame that they couldn't rescue their companion, but she, like the others, would have known the risks of traveling. Whatever goals or dreams she had, they were now over, doomed to the same fate as the mouse herself: to be melted away in the fox's gut. Fearful of the same thing happening to them, they would give up the search and return.

And the caravan would move on, one mouse fewer. Saffron was far from the most dangerous thing out here; it was very possible that this wouldn't be the only member the caravan would lose. Perhaps they would tighten up their security, make sure to not let anyone stray, so this kind of thing wouldn't happen again.

Or maybe they would chalk her up as a casualty of the dangerous wilds, here one moment, gone the next. Such things happened, after all. It was only natural.

The mouse in Saffron's belly let out a muffled, plaintive cry. Saffron responded by giving the bulge a firm pat. She ran her tongue through the space between her teeth and lips, the mouse's flavor still lingering. Then she vanished into the trees, a fleeting breeze disappearing into the woods.

I love the idea of the hit-and-run predator: one who can stand up to a single prey, but maybe not a group, so they have to make a sneak attack and be in-and-out quick.

Actually, the main reason I drew this was as a test of Clip Studio Paint's new time lapse feature. If you want to see the process (including all my silly mistakes), check it out here: https://drive.google.com/file/d/1_UVpr1uNmuWVm5x0Eo0nbs8kL5up6Q_F/view?usp=sharing