Out Of The Rain by rabbitinafoxden 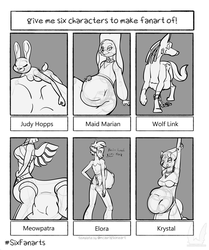 Out Of The Rain

Jaelynn sighed as she trudged through the forest. Branches and foliage clung to her traveling clothes, as if actively trying to slow her down. Mud was caked to her boots, and she leaned hard on her walking stick to help push herself forward with each step. And as if to add insult to injury, now the sky was growing overcast.

The journey would be over soon, and then everything would turn around, she reminded herself. The Royal University of Magic couldn't turn her down now: she had proof of her talent. The next time she had to make a trip like this, she would be floating on a magic carpet, or she could just teleport herself. Yes, everything would be different once she had honed her already impressive skills with some real training.

She glanced over her shoulder at the proof she had worked so hard for.

The dragon was small, as dragons go, perhaps a little larger than a horse. She couldn't breathe fire, and Jaelynn didn't think those wings could fly her long distances. In fact, Jaelynn wasn't entirely sure she even was a "she," as she had no experience on how to sex a dragon, though something about the beast's elegant curves suggested femininity, so that's how she had been referring to her in her head. She could ask one of her teachers at the university and adjust her thinking if necessary. If anything, it reminded Jaelynn more of a large cat than how she would have pictured a dragon.

Regardless, small or not, a dragon was still a dragon, and Jaelynn had managed to not only summon one, but to bind it to herself with a magical contract. Everyone had doubted her, telling her that dragons were difficult to control, but this one walked along behind her, occasionally getting distracted by something in the woods, but always returning obediently to her side. This dragon was now essentially her familiar, and it would follow her every order. Just imagine how impressed those university snobs would be when they saw this!

Of course, that required her to get to the University, first, and she couldn't afford a wagon or coach (at least, not one that could fit her new companion.) That meant walking, and even though she could shorten her route by cutting through the woods, it would take time.

And now it looked like it was going to rain.

Jaelynn held out her hand, feeling the first few drops hitting her palm. From the look of the sky, it was going to get heavy fast, and she wasn't really dressed for this kind of weather. She didn't have an umbrella or anything, either. If only...

She froze. Of course! The dragon.

Jaelynn spun around, and the dragon stopped in her tracks, tilting her head to one side as she looked at her. She doubted the dragon would be bothered by rain, and it could probably shelter Jaelynn under those big wings! Or maybe even fly her ahead of the storm!

Jaelynn looked the dragon in the eye and cleared her throat. "Ahem. Get me out of the rain."

She felt a little surge of magic as the contract did its thing. The dragon would be unable to ignore or disobey the order, even if she wanted to. Though, Jaelynn supposed that the dragon seemed pretty keen on being helpful, so she probably wouldn't try to disobey, anyway.

The dragon took a step forward, closing the distance between the two. Ah, was she going to shelter her from the rain with her wings, then? Or maybe carry her to safety?

She was certainly not expecting her to open her mouth wide and glomp it down over Jaelynn's head.

Jaelynn was so stunned, she didn't even react at first, even as her face was pressed against the dragon's broad tongue. Her hair was immediately soaked, and she could feel the dragon's hot breath washing over her. The dragon's mouth was so large, the tip of her muzzle reached down to Jaelynn's collarbone.

Then the dragon swallowed, and Jaelynn's head was forced into the tight throat. That woke her from her shock.

Jaelynn tried to get her hands on the sides of the dragon's head, hoping to get a grip and push herself back out. Instead, the dragon just pushed its head down, its lips wrapping around Jaelynn's shoulders and chest. She noticed, thank goodness, that the dragon's fangs weren't actually piercing her, but when she tried to back out, they pricked at her, holding her in place.

Her shoulders were being pushed into the creature's throat now. It felt tight in here, too tight, as the undulating walls sought to pull her deeper. Her legs left the ground as the dragon lifted its head, tilting her upwards as she continued gulping her down, taking short "bites" forward to help force Jaelynn's body into her gullet. Soon, the warm wetness was engulfing her legs, holding them together so she couldn't even kick. The dragon must have found her boots unappetizing, because she felt its strong paws wrap around them, pulling them off one at a time. Then the dragon tilted its head high, and with one final swallow, Jaelynn slid the rest of the way down her gullet. The strong muscles surrounding her pushed her through an opening.

Jaelynn's immediate reaction was to retch as a strong smell, struck her nose. It smelled mostly of fish -- that wasn't a surprise, the dragon had had fish for breakfast this morning -- and a few other things she couldn't place, probably whatever other small mammals the dragon had foraged while running around the forest. The stomach was far from empty; half-digested, semi-solid muck filled at least part of it, and the constantly moving walls actively kneaded it into her clothes and hair. The walls left her absolutely no space, forcing Jaelynn to curl into a tight ball. Her ears were filled with the organic sounds of the kneading stomach, various glorps and gurgles, and slightly more distant, the soft lub-dub of the dragon's heart, and the patter of rain against its scales.

She pushed out with a foot, but the squishy walls were strong; she could barely move them. "H-hey! Let me out, you great dumb beast!"

The entire stomach suddenly reeled, and the walls squeezed against her. The dragon had laid down, she realized.

Jaelynn shifted herself into a slightly more comfortable "sitting" position, though her knees were still forced to her chest, and the muck still came up to just beneath her breasts. She tried to calm herself. She had to figure this out.

Jaelynn was confident in that contract, and one of the terms was that neither she nor the dragon could harm each other, so however bizarre this situation, she knew she was safe. But why had the dragon eaten her? She had just asked it to...

Jaelynn gasped. Could it really be that simple? That would, after all, mean that the contract was working as intended. The dragon had just taken an... imaginative interpretation of her command.

"Okay," Jaelynn said. "This was just a misunderstanding. Let me out."

There was no reaction, other than the stomach walls continuing to knead around her.

Jaelynn's heart sank as she began to comprehend the implications of her situation.

If the dragon couldn't hear her, she couldn't give her new orders. She hadn't told the dragon to take her to the University -- in fact, if she remembered correctly, her specific order had been "protect me as we travel in this forest." That could even be interpreted as an order for the dragon to not leave the forest until commanded to do so. And she would certainly be able to "protect" Jaelynn in here, so would the dragon let her out at all if she didn't receive an order to do so? And though she had told the University that she was coming, meaning they might send a search party when she didn't arrive, they wouldn't know about her shortcut through the woods. All of this came together to bring Jaelynn to one unavoidable truth:

The walls around her shifted, and she heard the heartbeat slow. The dragon had fallen asleep.

Jaelynn closed her eyes and put her forehead against her knees, listening to the sound of the rain against the dragon's hide. It was starting to look like her journey would last for a while yet, after all.

Just a random idea that ended up popping into my head, and I drew it! Then I said "I'm going to write a short story to go with it" and it ended up being 1500 words. Oh well. Hope you liked! As a side note, this isn't really set in my Age of Guilds setting, just a random fantasy one-shot.