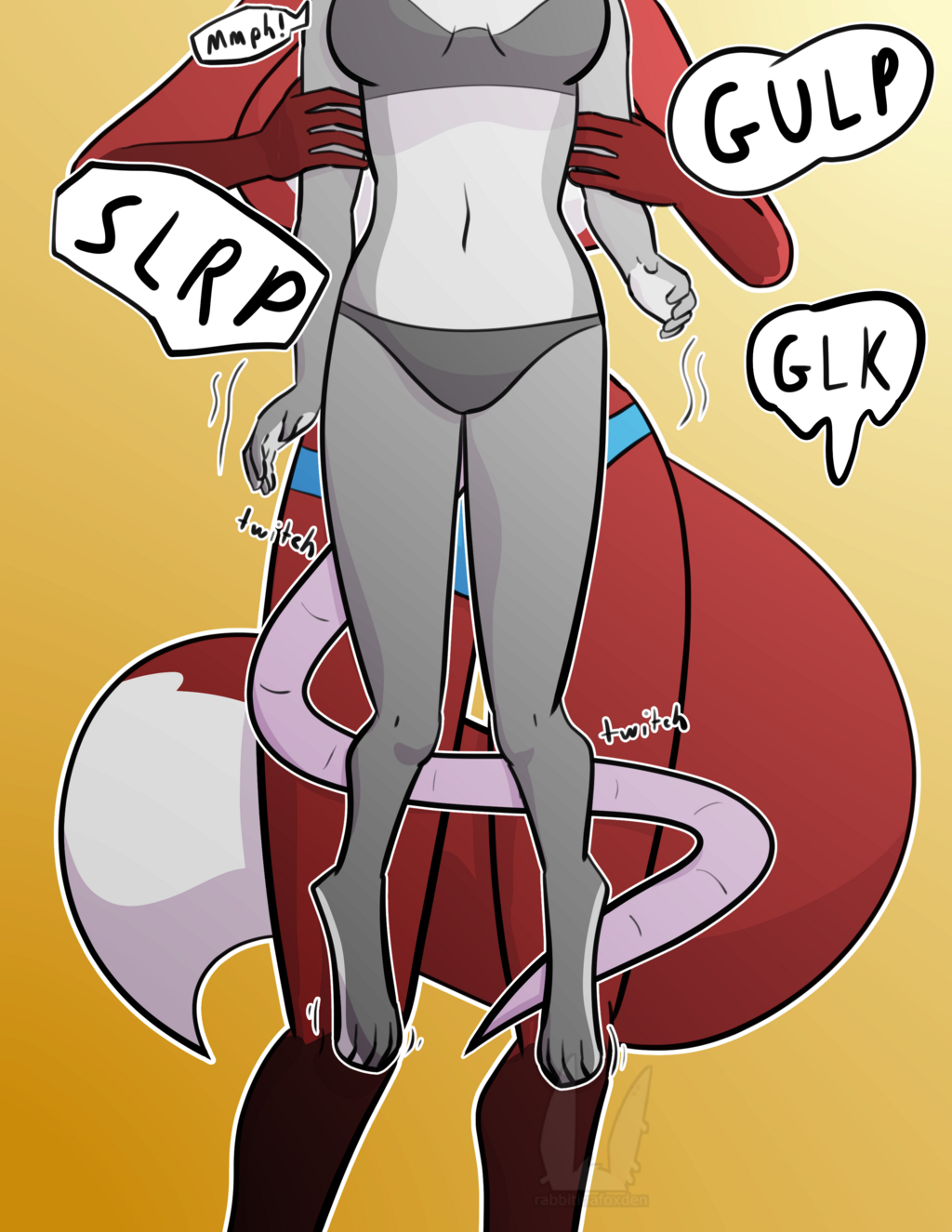 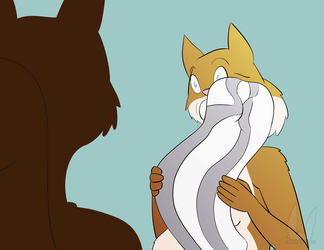 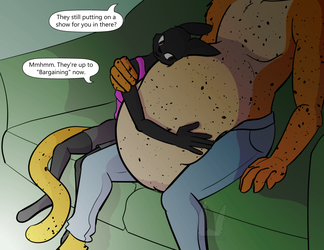 Valerie stood on the beach, her toes sinking into the soft, warming sand, her hands on her hips. It was looking like it would be a beautiful day: the sky was clear, the sun was warm, and the waves were high. The beach was already starting to fill with the weekend crowd, with various animals setting out towels and parasols or prepping their surfboards. It was going to be a crowded day.

Valerie was fine with that. She wanted a crowd. She had big plans for the day: she was going to go swimming, eat ice cream, and most importantly, lounge around in the sun and show off her new swimsuit. And she couldn't do that without an audience! So a crowded beach was okay by her.

And maybe, just maybe, she would run into Devon. The handsome rabbit went surfing every weekend, as Valerie understood it, which meant that if she picked a spot near his favorite (at least according to her recon) pier, she could reasonably run into him. She might even be able to orchestrate a "chance meeting" with her neighbor from down the hall, and finally become something to him other than someone to wave "hi" to every morning as he passed.

She was so busy thinking about the day's possibilities, she didn't even notice the looming shadow overlooking her. At least, not until large hands gripped her upper arms. She felt her paws leave the sand, and she had just enough time to look up and see the wide-open, glistening maw before she was lifted toward it.

The fox tilted her head back, slurping up what remained of the mouse's tail like a long, thick noodle. The last bit of it disappeared between her lips, and she swallowed, sending it down to her belly to join the rest of her breakfast. She let out a long, satisfied "Ahhh..." before running her tongue across her muzzle, savoring the last bits of the little mouse's flavor.

She had been a good meal. The mouse had barely put up a fight, other than the occasional twitch or wiggle, which meant that the fox had been able to take her time, gulping her meal's delectable, slender body down slowly.

She glanced to her right to see three more female mice. All three were staring at her, eyes wide in expressions of shock. Were they her breakfast's friends? Her sisters? Or just casual onlookers who happened to witness the show? The fox could never really tell one mouse from another.

So she just smiled and winked in their direction. "I've still got room, if you're curious."

The three mice disappeared into the crowd so fast, she was surprised they didn't trip over anybody.

She smiled to herself, giving her belly a hearty slap, which elicited a few squirms. Then she picked up her things (which she had dropped on the sand) and started looking for a good spot to set up.

As she was walking near the pier, she noticed a male rabbit a little ways off shore, balancing on a surfboard as he rode the crest of a wave. He was staring straight at her -- which of course meant that he lost his balance and tumbled off the board. The wave crashed down, and then the rabbit resurfaced, looking a bit embarrassed as he swam towards his board to recover it.

Smiling to herself, the fox put her things down and started laying out a towel. She was looking forward to relaxing in the sun and showing off her new suit -- especially now that she had a wiggling belly to accentuate it. And that bunny was pretty cute -- maybe she had room for dessert.

Or maybe she'd just get some ice cream.

Hey everyone! Just a random drawing/story that popped into my head. I'm really proud of the line quality on this one. As a side-note, I absoutely love this particular camera shot: a prey being pulled upwards into a pred's maw, but with the actual nomming itself happening just offscreen. I've seen a few other artists do it (and I've done it at least once myself) and I'm just a huge fan.