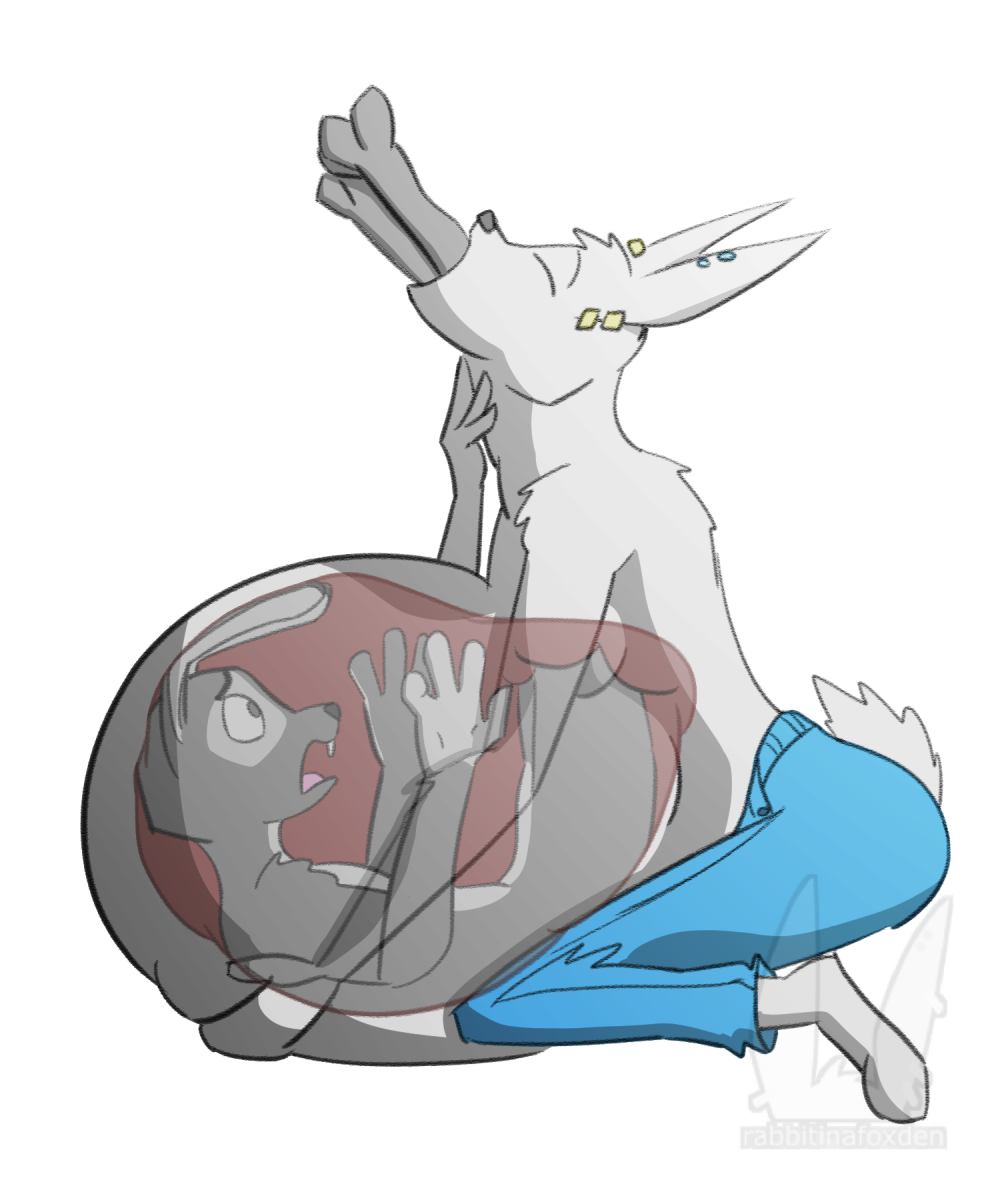 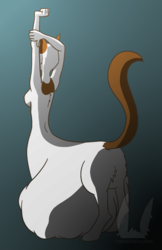 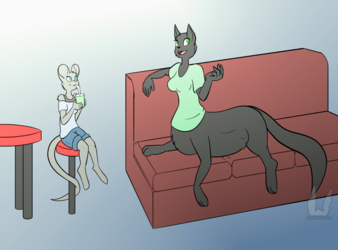 Alex tilted her head back, her prey's toes hanging from her mouth. She could feel him, his body filling her throat, squirming as he tried to escape. It felt so... satisfying.

It was far too late. The rabbit had never seen it coming; why would he? Who would expect a small rabbit like her, one of his own kind, to be capable of something like this?

She swallowed, and his toes disappeared between her lips. Her large teeth closed with an audible click, and she felt him slide down until he reached in final resting place in her belly. Her massive gut squirmed and writhed as he tried in vain to escape. She opened her mouth and released an enormous, satisfied belch, before settling in to massage the wiggling mass. Her stomach gurgled as it started in on its job, reducing the former bunny to nothing but meat.

Alex smiled to herself as she lay on her bed, her eyes closed, and idly ran her fingers through the fur on her flat stomach. Maybe she couldn't swallow people for real, like that rabbit she had passed on the street earlier. But that didn't mean she couldn't dream about it.