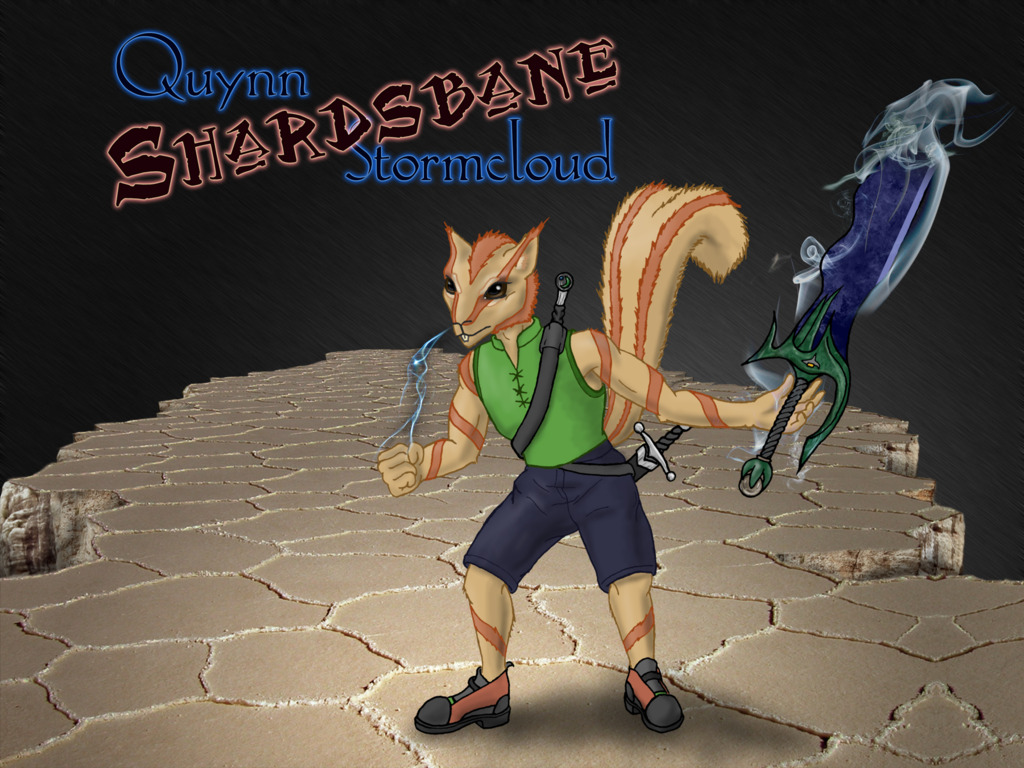 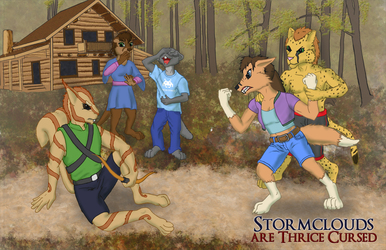 I finished 'The Way of Kings' by Brandon Sanderson, so I drew my fursona as a Shardbearer. I came up with a mini story for him, too. He became known as Shardsbane because he would travel through Roshar slaying Shardbearers for no known reason. He always took the shardblades, but left any forms of shardplate behind. He relies on Surgebinding rather than Shardplate. He is also depicted with his own shortsword on his back, and the sword of Martin the Warrior on his hip. I felt it appropriate to omit his bow for once. I also felt inclined to depict him on the Shattered Plains. My focus on this piece was making the Shardblade appear to be coalescing from mist, more than depicting an entire Shardblade.

Drawn in pencil and ink on paper, colored in Photoshop CS5 with an Intuos4 tablet, print signed by Brandon Sanderson.

'The Way of Kings,' The Stormlight Archive, and the places and magics within belong to Brandon Sanderson and TOR books. Quynn Stormcloud and this artwork belongs to me.