My fursuit is made by Guinn's Custom Creatures and it was debuted in Ottawa at a private party on July 13 2013.
Unboxing Video: http://youtu.be/Q-LUvQzbMK4
Putting Suit On: http://youtu.be/twClSY1tiEQ
Furnal Equinox 2014 video: https://www.youtube.com/watch?v=Z4KuH0qKXc4

I'm a grey muzzle - I've been a furry since the early 90s. I ran an online FFRP on IRC called Alpha City from 1994 to 2003. My main fursona QuyetPawz has changed a lot since she originally came into being, Dune is a later addition who has also changed a lot too. Since my re-connection to my furry roots, I've become involved in the local furry fandom by organizing events and for founding the group called Lady Furs which is for women who are furs.I have attended several furry conventions now and I consider Furnal Equinox my home con.

I am the founder of Lady Furs which is a group for women who are furries who currently has had a panel at Furnal Equinox for the last 3 years, has been to Condition Wasteland, and will be at What the Fur for the first time this year. Lady Furs has a Facebook group populated by just over 1,500 women. Here's our Facebook link: https://www.facebook.com/groups/284173228351650/?fref=ts

With regards to drawing my fursonas, I don't mind people drawing them however prior to doing so please send me a note to make sure I am comfortable with the scenario you're putting them in or how you're portraying them. I do ask that my fursonas never be portrayed in a sexual situation with a male involved and that they never be portrayed as males or herms.

Most recent: Spots And Stripes 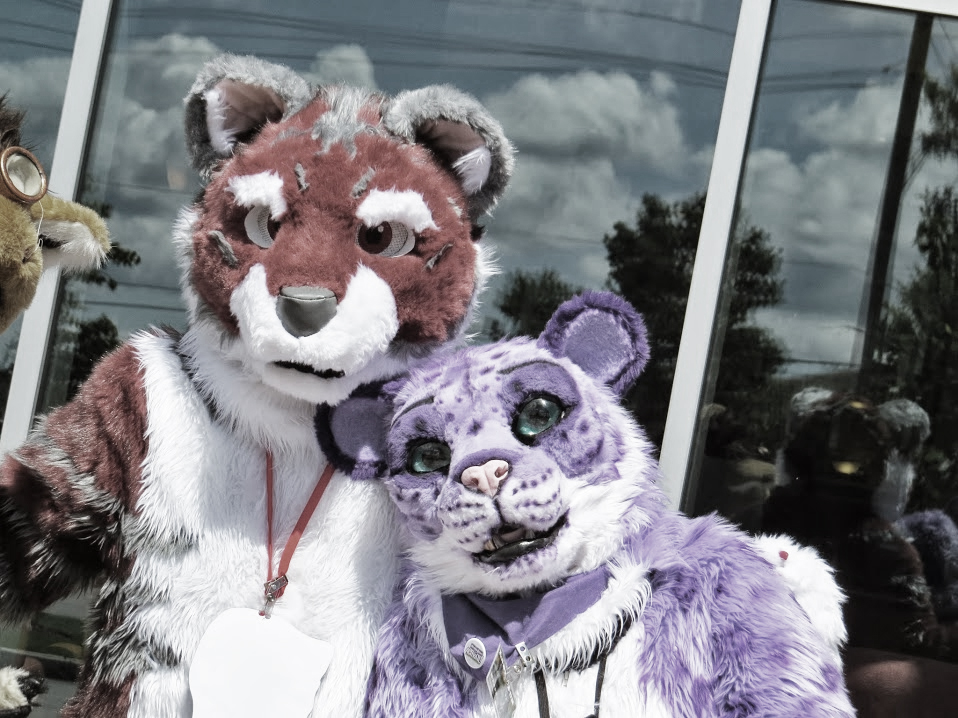 Wahaneta who is an awesome fursuit maker is organizing an awesome raffle on Weasyl!