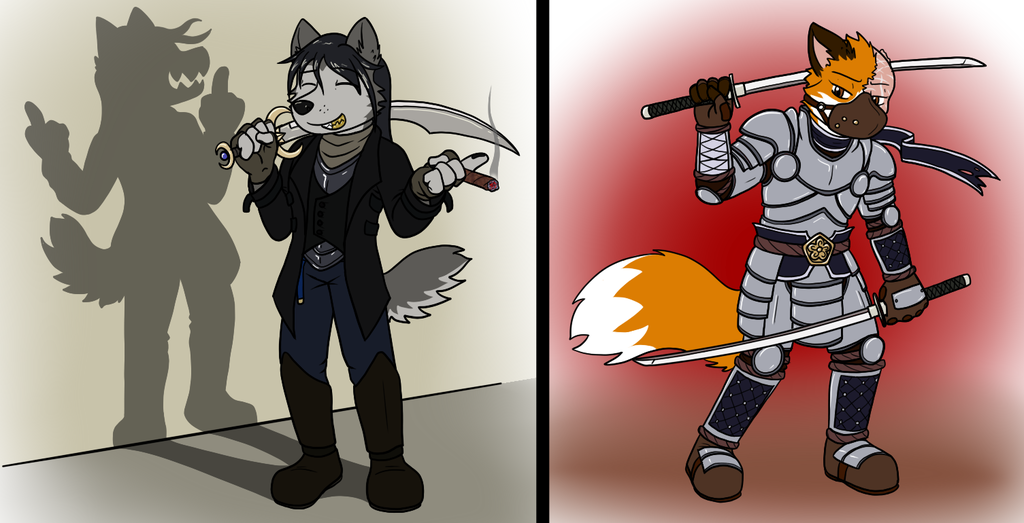 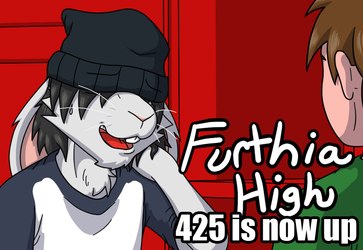 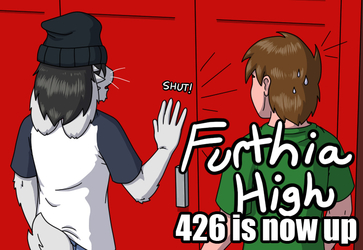 This was a birthday gift for Kim ( :iconinsanityshotgun: ) that I did back in July!

It's her characters from the previous two 'seasons' of the Pathfinder game we're both a part of (the same one that my characters Talbot and Milo are from). On the left is Sifra, a wolf Shadowdancer that got roped into joining with the newer main group from Season 2 who happens to enjoy cigars while her animate shadow does crude gestures at people. On the right is Cylethe, a kitsune Fighter that hung out with the older Season 1 group during Season 2 that had like sixteen katanas all whirring at once like a blender.

Done mostly cause Kim has been a good friend for quite a while now and I've really appreciated being able to talk to her about stuff for hours. Plus Season 2 of the campaign was coming to a close, and Cylethe had never had a full-body drawing of herself done before (the armor design is mine and was inspired pretty heavily by some stuff from Elder Scrolls Online), so figured it'd be nice to give a couple pictures to send these characters off, even if they're more of a chibi style than a full one.