Born in Rubble - 011 by QuetzaDrake 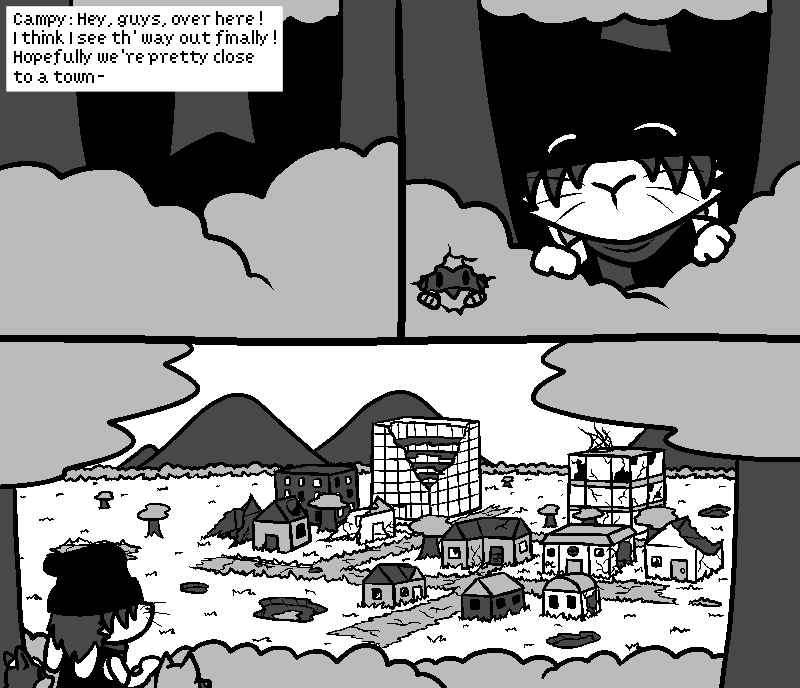 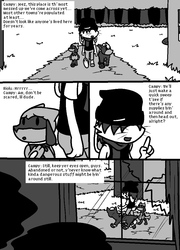 And here we come across something else about

immelmann's Grey Kanto universe: a lot of it is rather ruined. I don't think Immy's quite said what's up with this publicly, but if you read his Pokemon universe comic series thus far you'll find that there's implications of some sort of war having gone on and a lot of, well, bad things having gone down in the past. You can probably assume sorta then what's happened, but until it's stated outright somewhere, just know that most places in this Kanto are pretty wrecked up.

Also just noticed I gave Campy a nose here when he's actually supposed to not have that Y nose in this style. Double-whoops!